It's not been the most incredible start to a Premier League season for Jürgen Klopp's Redmen, and in fact, statistically, his worst on record. The 9-0 flurry against Bournemouth and the hard-fought clean sheet to Guardiola's City serve as reminders that Liverpool are still a force to be reckoned with in the Prem. But as Arteta's Arsenal surge into form and the likes of United and Chelsea gain traction under new management, Liverpool are slowly falling behind in the top four race. With that, we break down the tactical concerns behind Liverpool's start to the 2022-23, and provide suggestions for Klopp's men moving forward. Here is our analysis! 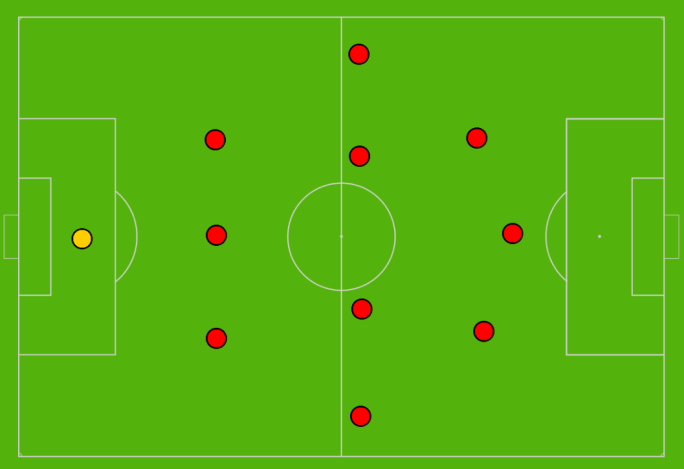 For much of Jurgen Klopp’s Anfield reign, Liverpool have favored a 4-3-3 shape. In this system, the Reds have enjoyed defensive solidity, offensive prowess and become one of the most dominant forces in world football. The results speak for themselves regarding the effectiveness of this shape, with the well-rounded formation taking Liverpool to Champions League and Premier League success. While the Reds weren’t always ruthless in their title-winning season, few can deny that they were efficient. But is it time for Klopp to freshen things up? Well, he may have the chance to try something new in 2021-22.

Much of the dialogue going into this weekend’s Liverpool-Manchester City match centered around the fixture as a potential title decider for Liverpool. The assumption was that if Liverpool lost, their hopes and dreams of winning the title would dash before their eyes. As it turns out, Liverpool didn’t just lose, but were badly beaten and bruised by a terrific Manchester City side. With all of their struggles this season, not just against City, we take an in-depth look at where Liverpool have gone wrong tactically and beyond. Guest: Russell Tho is a Liverpool and Barcelona fan and friend of the show. You can find him on Instagram @russelltho96. Host: Rhys Desmond is the creator and owner of TMS. He is lifelong lover and educator of the beautiful game. You can find him on Twitter @DesmondRhys.

Much of the dialogue going into this weekend's Liverpool-Manchester City match centered around the fixture as a potential title decider for Liverpool. The assumption was that if Liverpool lost, their hopes and dreams of winning the title would dash before their eyes. As it turns out, Liverpool didn't just lose, but were badly beaten and bruised by a terrific Manchester City side that absolutely terrorized the Reds. It was their third home loss of the season and fifth in total. So with all of their struggles this season, not just against Manchester City, we take an in-depth look at where Liverpool have gone wrong this season. Here is our latest Liverpool tactical analysis.

Much has been made about Liverpool's start to the season, and a lot of the discussions have centered around Jurgen Klopp's team not being what they used to be, regardless of the injuries they've suffered. The fact of the matter is that the Reds have been better than any other side in the league this season. Liverpool have lost just a single game so far this season, although it was an absolute thrashing against Aston Villa. They've scored 36 goals in 14 games, and currently hold the best goal differential of all teams in the league. Perhaps most crucially, the performances have been good, even despite their injury woes, and they've been able to give young players a chance to perform in the side. For a side that some would say haven't been brilliant this season, Liverpool very well might be on their way to becoming champions again this season. With that, here is a Tactical Analysis of Jurgen Klopp's Liverpool in 2020-21.

Every single week The Mastermind will be bringing you an exclusive EPL Team of the Week, starring the best eleven players of the round. The criteria for making the XI will include a players’ impact on their team’s performance and result compared to other players around the league. This is the Team of the Week … END_OF_DOCUMENT_TOKEN_TO_BE_REPLACED