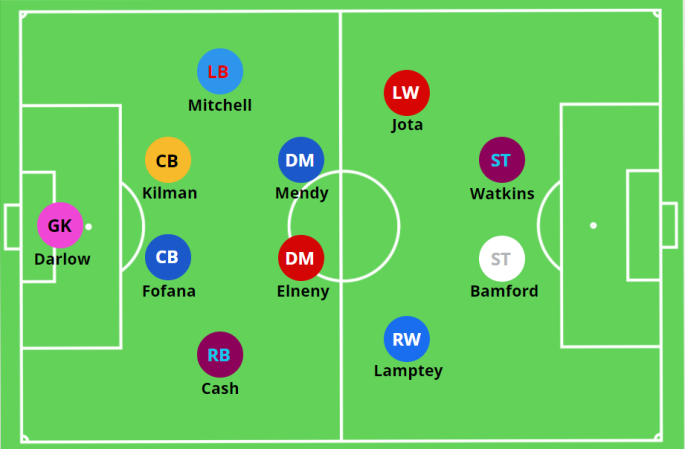 The 2020-21 Premier League season has been full of surprises, most notably a number of different teams topping the table at one point or another so far. As things stand, Leicester City sit at the top despite a horrendous injury list. But the likes of Southampton, Everton, Aston Villa and Spurs have impressed more than most would have predicted and each have had their turn toward the very top. Much has been made about the success of these teams, but perhaps certain individuals within these teams have gone a bit under the radar. As a result, this article attempts to uncover the eleven best surprise performers of the season so far, that have helped their teams to better times in 2020-21. Here is our Surprising Performers Premier League XI after the first eight games.

Every single week The Mastermind will be bringing you an exclusive EPL Team of the Week, starring the best eleven players of the round. The criteria for making the XI will include a players’ impact on their team’s performance and result compared to other players around the league. This is the Team of the Week … END_OF_DOCUMENT_TOKEN_TO_BE_REPLACED

The Mastermind brings you an exclusive guide to every single Premier League team going into the highly anticipated 2017-18 season. From lineups, to transfers to the wackiest of predictions, The Mastermind has you covered. Here is your guide to the Premier League's latest yo-yo club, Newcastle United, who begin another spell in the top flight … END_OF_DOCUMENT_TOKEN_TO_BE_REPLACED