For much of Jurgen Klopp’s Anfield reign, Liverpool have favored a 4-3-3 shape. In this system, the Reds have enjoyed defensive solidity, offensive prowess and become one of the most dominant forces in world football. The results speak for themselves regarding the effectiveness of this shape, with the well-rounded formation taking Liverpool to Champions League and Premier League success. While the Reds weren’t always ruthless in their title-winning season, few can deny that they were efficient. But is it time for Klopp to freshen things up? Well, he may have the chance to try something new in 2021-22.

The Players to Experiment

Liverpool wasted no time strengthening their defense after the injury crisis of 2020-21, signing Ibrahima Konate from RB Leipzig for £36 million. The Frenchman is a highly-talented young defender, and he possesses the pace to thrive in the Reds’ high defensive line. As per the official Bundesliga website, the 22-year-old has the speed to match the league’s fastest attackers, while he also has the strength to muscle them off the ball. As a result, Konate’s arrival on Merseyside isn’t only sensible from a depth standpoint, but it also opens the door to a potential new shape.

With Joe Gomez, Joel Matip, and Virgil van Dijk all hopefully returning from injury in time for the start of the season, Klopp could go from having no options at the back, to several. It’s no secret that Gomez and Van Dijk thrive in Liverpool’s defensive line because of their recovery pace and positional awareness, and Konate could slot alongside them to form a formidable back three. While Konate played a the heart of the Leipzig back-three in his few matches last season, he could also play to the left of Van Dijk to allow the Dutchman to take control as the sweeper instead. The shape could also ease Andy Robertson’s and Trent Alexander-Arnold’s defensive responsibility, giving them license to create further up the field. This transition would be straightforward for the Scotsman, who’s played several games as a wing-back for his national team.

Would It Hinder Their Attacking Play?

If Liverpool were to switch to a back three, it could serve them well from a defensive standpoint. Offensively, however, the transition may not be as seamless. It’s no secret that Klopp favors an attack of Mohamed Salah, Roberto Firmino, and Sadio Mane, meaning that the German is unlikely to move away from a front three. As such, it somewhat limits the six-time European champions to a 3-4-3. That said, following Georginio Wijnaldum’s free transfer to Paris Saint-Germain, it would potentially mean that the Reds wouldn’t need a replacement in the market as they’d need one fewer starting midfielder.

By allowing Alexander-Arnold and Robertson to push further forward, a back-three shape would enhance Liverpool’s threat from wide areas. Not only that, but it would close the gap between the wing-backs and the offensive wingers, thus allowing Mane and Salah to take up more central positions. Crucially, this alteration could spark Mane back into life. If the Senegalese winger rediscovers his form, Liverpool could regain the title in 2021-22, and they are 11/2 in football betting to do so, as of June 18th.

As touched on above, Liverpool’s success with 4-3-3 speaks for itself, and Klopp may feel that there’s no need to scrap his favored system after one below-par, injury-filled campaign. The Reds will be back with a vengeance in 2021-22, and Konate gives the club’s manager plenty of tactical food for thought.

After analyzing each and every single Premier League team this year, we now share all of our insight on the 2020-21 season in the form of this book. But the book is far from just a copy and paste of what can already be found on the website. In fact, there are very few things in the entire 72 pages that you will find on our site. The book features a breakdown of each and every single club in the league, including their system and style of play, their personnel, their strengths, weaknesses, key players and more. It does not attempt to be an exhaustive list of every single thing about each and every Premier League team this season, rather an overview of the most crucial tactical features to their success or lack thereof in 2020-21.

This past weekend, the 2020-21 Premier League season came to an end, along with all of Europe’s top five leagues. In an exciting and dramatic final matchday, Leicester City crashed out of the top four, leaving the Futbol Masterminds to argue about whether or not they “bottled it”. The panel also discuss Liverpool’s subsequent top four comeback, Harry Kane’s impending, or rather unlikely, move away from Tottenham Hotspur, Lille’s Ligue 1 title win and Atletico’s La Liga title thanks to Luis Suarez. Follow @futbolmasterminds on Instagram to see more of the show and subscribe via Itunes and Spotify!

It was a weekend of football like none other, with two domestic league cups to discuss, new developments in the title races in Spain and France, and a goalkeeper scoring a header in the Premier League. Kausty, Russell, Rhys and new guest Shomik get together to discuss Leicester’s stunning FA Cup final win, Dortmund’s resurgence in the DFB Pokal and Bundesliga top four race, and Alisson’s incredible headed goal. The panel then end off with a discussion about Barcelona crashing out of the La Liga title race, and whether or not Ronald Koeman is to blame. Follow @futbolmasterminds on Instagram to see more of the show and subscribe via Itunes and Spotify!

Last week Jurgen Klopp recorded his first ever win at Old Trafford, at a time when they desperately needed a win to stay in the top four race. Kaustubh Kapoor and Russell Tho break down all the major events of the match. The panel discuss Nat Phillips’ mixed performance, Rhys Williams’ ’40’ pace, Diogo Jota’s insanity, Roberto Firmino’s “one off game” and a few things about Manchester United too. Subscribe on Itunes and Spotify and follow the show on Instagram @futbolmasterminds and via themastermindsite.com.

What would Ibrahima Konaté bring to Liverpool? – Player Analysis

According to multiple sources, RB Leipzig’s Ibrahima Konaté is set to join Jurgen Klopp’s Liverpool, as the club look to end their search for a new centre-back. The French defender broke onto the scene with Leipzig at the start of the 2018-19 campaign, making 28 appearances in the Bundesliga as Die Roten Bullen finished third. Since then, Konaté’s found minutes on the pitch difficult to come by, appearing in only 12 league fixtures in 2020-21 and 8 in 2019-20. In Liverpool’s Round of 16 match-up against the Red Bulls in the UEFA Champions League this season, the Frenchman was absent for both fixtures. Upon hearing this you might be wondering…did they get the wrong man?

April 20, 2021, will go down in history as the day when European football was saved, and in large part, saved by the fans of the game. Sir Matt Busby famously said, “Football is nothing without the fans”, and it was proven right when fans of all Premier League clubs involved in the creation of the Real Madrid led European Super League protested against their own clubs and owners. Liverpool fans took down banners inside the stadium and replaced them with protest banners outside the stadium instead and fans of Chelsea FC took to the streets to protest before their match against Brighton & Hove Albion, even prompting club legend Petr Cech to jump off the team bus and plead with them to move out of the way. The owners of the six English clubs got the message loud and clear, “WE DO NOT WANT THE SUPER LEAGUE.” This is how fans stopped the European Super League from happening.

On Sunday April 18th, 2021, twelve of Europe’s elite clubs made a shocking announcement that they had agreed to take part in a “European Super League”. The announcement was instantly condemned by UEFA, FIFA, the FA, and fans around the globe…not to mention the Futbol Masterminds. Rhys, Kausty and special guest Vivek dissect some of the many issues to do with the European Super League, before delving into a discussion on racism in football and England’s Euro 2020 squad. Submit questions and follow the show @futbolmasterminds on Instagram, or on themastermindsite.com.

Leicester City spent the entirety of the 2019-20 season in the top four, only to miss out on Champions League football on the final day with a devastating defeat to Manchester United. With Leicester’s recent 3-2 loss to West Ham United, the Futbol Masterminds examine the Champions League football race that appears to be tighter than ever before, with the Hammers and Foxes competing with the likes of Liverpool and Chelsea for a spot in next season’s competition. The panel also discuss whether clubs should spend money on transfers or youth academies, what’s been missing for Brighton & Hove Albion this season, and the upcoming Champions League fixture between Dortmund and Manchester City. Submit questions and follow the show @futbolmasterminds on Instagram, or on themastermindsite.com.

Over the past decade at Manchester City, Sergio Aguero has established himself as one of the best strikers in Premier League history. After the announcement that he will be leaving City at the end of the season, the Futbol Masterminds examine the Argentine’s career and whether or not Pep’s team need to replace him with a summer buy. The panel also break down Tuchel’s first defeat as Chelsea boss, Timo Werner’s lack of goals (again), Liverpool’s hot streak, and Lampard’s future. To cap it all off, Russell has some strong takes about Serie A and whether or not it’s truly a top four league. Follow @futbolmasterminds on Instagram to see more of the show and subscribe via Itunes and Spotify!

Ahead of the upcoming UEFA Champions League quarter final matches, Kausty, Russell and Rhys break down their predictions for each enthralling match-up. After the panel give their predictions, chaos ensues as Russell forgets the recording is still live and goes on a tangent about Virgil Van Dijk and Erling Haaland’s dad. Follow @futbolmasterminds on Instagram to see more of the show and subscribe via Itunes and Spotify!

by Rhys Desmond March 29, 2021April 1, 2021
Processing…
Success! You're on the list.
Whoops! There was an error and we couldn't process your subscription. Please reload the page and try again. 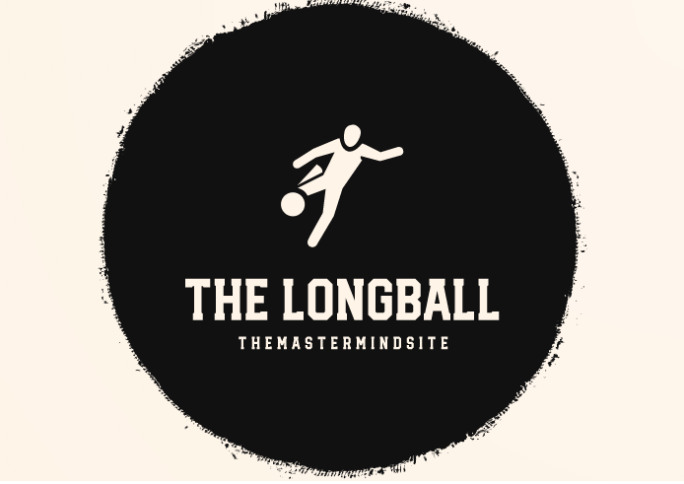 Listen to our brand new show now on Itunes & Spotify!