On this episode of The Longball Premier League Preview Show, John and Declan are joined by tactical analyst Dominic Wells, as they rave about Leicester City's summer off-season signings. Dominic adores Wesley Fofana and John thinks Luke Thomas is in for a big season as the Foxes look to climb up the league table and fight for Champions League qualification once again. 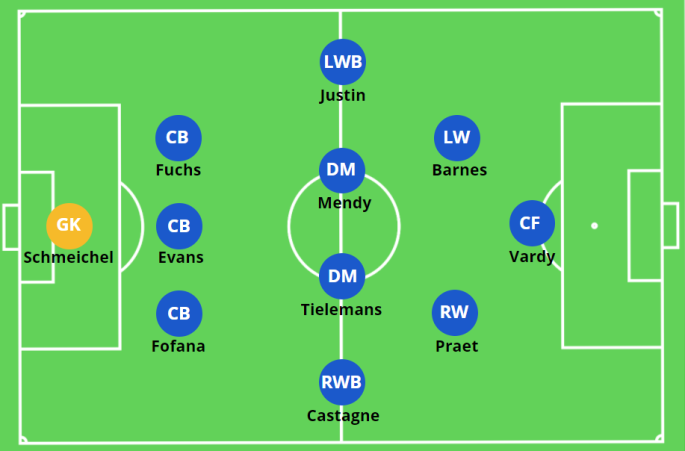 After missing out on Champions League football on the final day of the 2019-20 season, many might have thought Leicester City's early season form of last year might just have been a stroke of good fortune and nothing more. But their stellar play has continued at the start of 2020-21 and other than a few disappointing losses to West Ham and Aston Villa, the Foxes have been flying high to start this campaign. After eight matches, Brendan Rodgers' side sit top of the table, with six wins so far. Significantly, they've experimented with different formations and a host of different, less luxurious players in the absence of talents like Ricardo Pereira, Wilfred Ndidi, James Maddison and of course Ben Chilwell, who left for Chelsea. Their impressive form after missing out on Champions League football last year definitely deserves further examination, so here is our early season tactical analysis of Brendan Rodgers' Leicester City in 2020-21.

Leicester City have had an exceptional start to the 2019-20 Premier League season, losing just 1 of their opening 7 matches. If it weren't for the all-star cast and crew of England's top two teams, the Foxes could very well have found themselves in a similar position to where they were at this time back in 2015-16 when Claudio Ranieri led Leicester to a league title. Brendan Rodgers has done an incredible job since taking over as Leicester manager for Claude Puel back in late February and has turned the Foxes back into one of England's top sides after a couple of years of nothing more than mid-table success. Here is The Mastermind's Tactical Analysis of Leicester City so far in 2019-20 under Brendan Rogers.

The Mastermind brings you an exclusive guide to every single Premier League team going into the highly anticipated 2017-18 season. From lineups, to transfers to the wackiest of predictions, The Mastermind has you covered. Here is your guide to the champions of two seasons ago, Leicester City.  LEICESTER CITY INTRODUCTION After becoming the most surprising champions … END_OF_DOCUMENT_TOKEN_TO_BE_REPLACED

The 2016-17 Premier League season is coming to a close but there is still so much to play for. Hull City, Swansea City, Burnley and Bournemouth all earned impressive results that could help their quest to stay up while Manchester United, Manchester City and Arsenal all slipped up in their quests for the top four. … END_OF_DOCUMENT_TOKEN_TO_BE_REPLACED

Just when Chelsea looked to have sewn up the Premier League title, a massive slip up against Crystal Palace occurred as Sam Allardyce's side propelled themselves 4 points clear of the relegation zone. The Eagles managed to grab a surprising 2-1 victory over the Blues; the most impressive victory in a host of surprising results all … END_OF_DOCUMENT_TOKEN_TO_BE_REPLACED

If you had asked anyone who would advance to the Quarter Finals in the UEFA Champions League between Sevilla and Leicester City, they would all have said Sevilla. Even Leicester City fans, who were in heaven for all of last season would have likely had no faith in their side's chances at advancing to the … END_OF_DOCUMENT_TOKEN_TO_BE_REPLACED