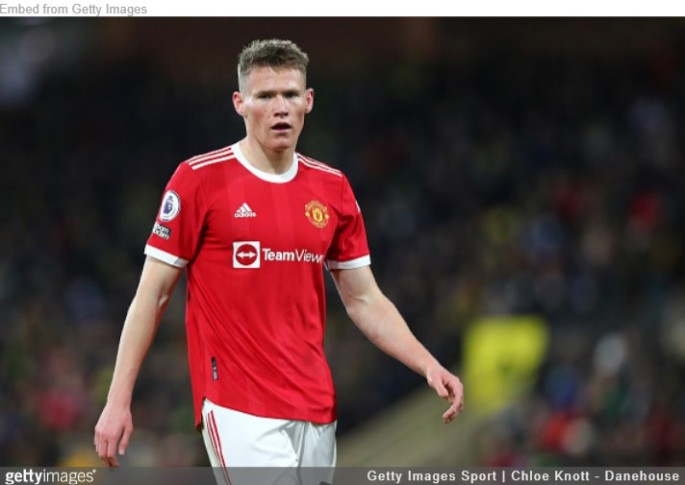 Throughout the past five to ten years of watching Manchester United, I had thought of myself as one of Scott McTominay's biggest fans. The Scotsman is often over-criticized when he doesn't play well, and under-praised in the big matches where he's always a central figurehead. But then out of nowhere, at the height of Scott McTominay's resurgence, a fairly well established Twitter account tweeted about the glory of Scott McTominay, causing quite the stir among the tactics and analytics community. . So with that, I analyze just how good Scott McTominay actually is, and whether or not we should be thinking of the Scottsman along the lines of @EBL2017, in line with the outrage sparked from the tweet, or somewhere in the middle. Here is my analysis of how good Scott McTominay might just be. The 'Midfield Destroyer' continues to be alive and well in the modern game, and encapsulates some of the most highly regarded and sought after defensive midfielders on the planet. The 'Destroyer' is essential to defending in transition and stunting attacks before the opposition reach the final third, within the wider umbrella of 'Anchoring' the midfield and screening in front of the back-line. Casemiro and Yves Bissouma would qualify as some of the best around, with Óscar Valentín and Benjamin André performing as two other fantastic emblems of the fearless persona behind the 'Midfield Destroyer' player type. 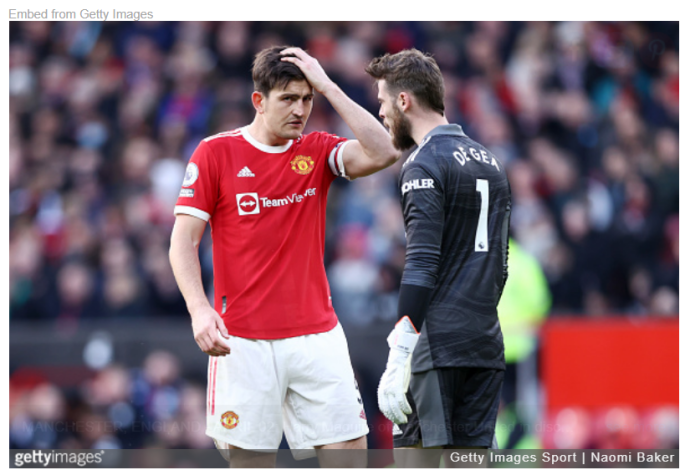 It's no secret. Manchester United are struggling defensively right now, despite having very capable players all over the pitch. In David De Gea, they have one of the best goalkeepers in the world. In Lindelof and Maguire, the Red Devils have a defensive pairing that spearheaded one of the league's sturdiest defensive structures last season, and led a Europa League charge. Ahead of them, they have two defensive warriors in Fred and McTominay, who will never be world beaters, but are very competent in what they offer. Despite that, Ralf Rangnick's team have conceded 10 goals in their last 5 games, floundering under the German's style of play. So what's amiss? Let's face it. You're tired of hearing about Harry Maguire. So are we! So with that, we debunk the Harry Maguire myth, and pose an alternative perspective as to why he's having a "difficult season" for Manchester United. Things have been bumpy since Ralf Rangnick took over, with many players continuing to flounder under the new tactical ideals. The team's defensive problems have garnered particular attention in the media, with the likes of Maguire, Varane, Shaw and Wan-Bissaka continuously lambasted for their performances. So with that, this week we ask the following question in our third Tactical Thinker. How would you solve United's defensive concerns? 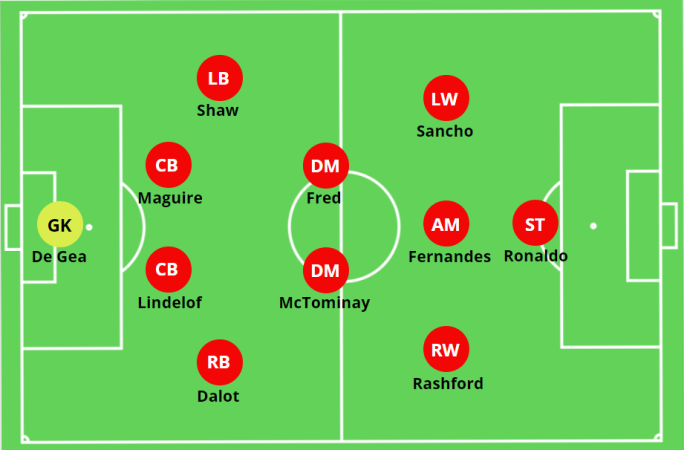 Since the start of Ralf Rangnick's temporary tenure at Manchester United, rumours have persisted about who the next permanent boss to hold down a legitimate tenure may be. Erik Ten Hag and Mauricio Pochettino have been heavily linked, only continuing to take attention away from Manchester United's burning castle...and their desire to finish inside this season's top four. As the season nears Easter, the likelihood of Rangnick achieving that feat seems all the more unlikely, with Arsenal suddenly looking like the team to beat instead. 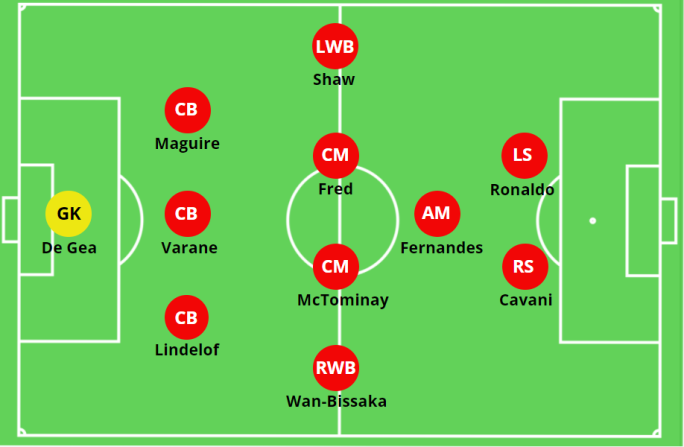 The current dialogue around Manchester United is boring. Every week, it's the same story in the media, whether or not they win, lose or draw. It's obvious that Manchester United are not at their best, but very few are discussing tangible ways for the Red Devils to fasten their seatbelts and shift the car into overdrive. So with that, today we take a look at why Manchester United should shift away from a back-four, and into a 3-4-1-2. Don't get us wrong, United need to drill several loose bolts. But, a change to the formation may help to mitigate several of their greatest issues. The 2021 January Transfer Window continues to heat up, with more and more clubs splashing the cash to resolve their issues before the end of the season. And with that, we’re continuing to take a look at clubs with a bit of a blackhole in their team, that desperately needs to be covered before the end of next summer. We’re going to match that blackhole up with one player who could potentially fill that void if a move were to be made in January, by assessing and analyzing a player that is a perfect match for the team’s style of play. While today's player would be perfect for virtually any European elite, from Chelsea to Manchester City to Bayern Munich, this man had to top our list of defensive midfielders for Manchester United. Today, it's all about West Ham United's Declan Rice, and why he’d be a perfect fit for Ralf Rangnick's Red Devils.

Since arriving at Manchester United in the summer of 2018, Fred has been under a microscope with each and every passing minute. Every action he takes on a football pitch seems to be scrutinized by those trying to justify his shortcomings, or those, like me, trying to justify why those shortcomings aren't actually so short. In recent weeks, the calls for Fred to be crowned one of United's most important players have only grown, as he performs a more attack-minded role within the team's double-pivot. So today, I present to you a dossier all about Manchester United's Fred, and why Manchester United would be worse without him. 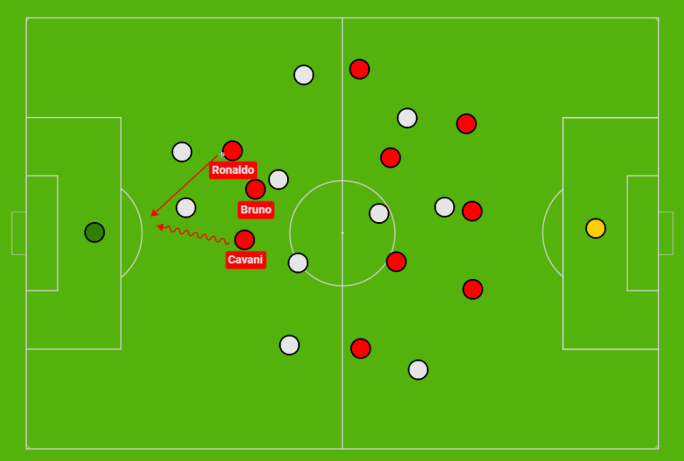 After an entire week of calls for his head, Ole Gunnar Solskjaer put together a United masterclass, with the Red Devils smashing Nuno's Spurs by a scoreline of 3-0. The former United legend exemplified innovation by implementing a 3-4-1-2 formation, getting the best out of the likes of Edinson Cavani and Bruno Fernandes, and completely undoing Tottenham's 4-2-3-1 bra in the process. Here is our tactical analysis of the match.

Cristiano Ronaldo's return to Manchester United started off with a bang. The Red Devils secured a remarkable 4-1 win over Newcastle that day, with the Portuguese striker scoring a brace. Since that dream debut, United have only won two from seven matches, playing some of the worst football they've displayed in the Ole Gunnar Solskjaer era. Questions continue to persist regarding Solskjaer's future, but the problems at United lie far deeper than the manager himself. Here is a tactical analysis of United's tactical follies in the post-Ronaldo era.

Much of the discussion surrounding Manchester United at the moment revolves around one central tenet – the fact that they still have Fred & McTominay playing in midfield – rather than superman and wonder woman. It is true that United strengthened in several areas that they did not necessarily need to over the course of a busy summer window. It is also true that they neglected to strengthen the widest, gaping whole in their entire team. But Fred & McTominay have become scapegoats for the fragility of a fairly flimsy team that almost certainly would be worse off without them. 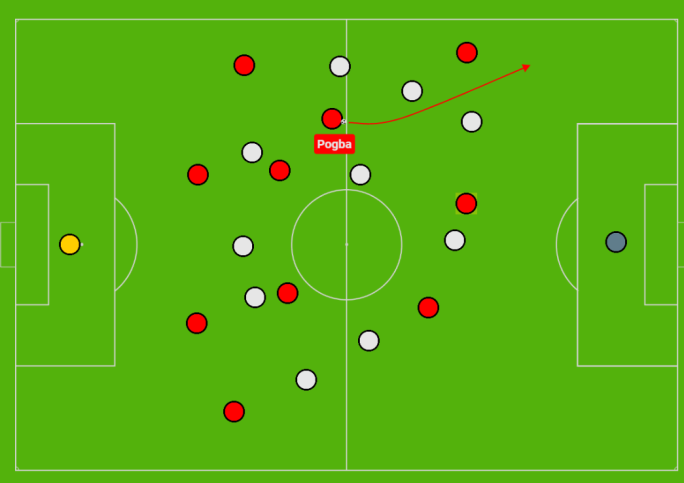