Although Fulham currently sit in the relegation zone, it could be argued that Scott Parker's start to his managerial career could hardly have gone better. After retiring from the game in 2017, Parker took over toward the tail-end of their horrendous 2018-19 season. He then secured the full-time managerial role for the start of the 2019-20 EFL Championship season, earning promotion via the playoffs in his first season at the club. Although 2020-21 might end in relegation, Scott Parker has immensely improved Fulham from the last time they were in the league and has kept them within a fighting chance of survival throughout the season. This is a tactical analysis of Scott Parker's Fulham. 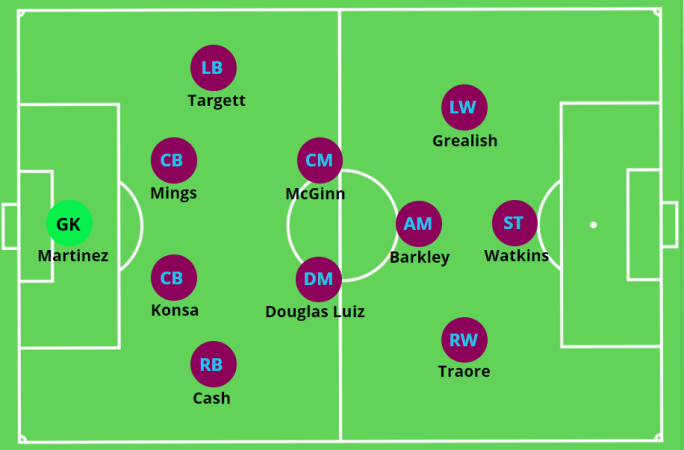 After surviving relegation by a single point in 2019-20, few would have imagined Aston Villa to have such a stellar season in 2020-21. Instead of battling for relegation, they've been battling for a place in Europe, beating the likes of Liverpool, Arsenal and Leicester City along the way. Perhaps most impressively out of anything, beyond the results which have unequivocally been spectacular, Dean Smith's side have just been so much fun to watch. They've been tactically intriguing in their shifting systems and styles of play, but also just so full of life this season with Grealish and co leading their charge toward European football. Here is our latest Tactical Analysis all about Dean Smith’s Aston Villa, including why the Lions look destined for European football next season.

In all the uncertainty over managing a football team these days, Christian Streich is one of the longest serving managers in Bundesliga history. The now 55-year old coach took over Freiburg in 2011 following a role as the team's assistant coach for four years, and remains the top man in charge to this day. Over the past weekend, Streich achieved one of his team's most formidable results ever, beating Borussia Dortmund for the very first time since he joined the club. Freiburg now sit 8th in the table, with the European places certainly within reach. Here is a Tactical Analysis of Christian Streich's SC Freiburg.

Frank Lampard enjoyed a successful first season with Chelsea F.C., despite no new summer signings coming through the door. The Blues hovered around 4th for the majority of the season in behind Leicester City, and eventually secured 4th behind Manchester United. Lampard relied heavily on young talent in 2019-20 and the club were rewarded with fantastic performances from the likes of Mason Mount, Tammy Abraham, Fikayo Tomori and Reece James. However, this past summer, Chelsea spent millions to secure the signatures of some of the best players around the world. It has taken a bit of time for some of their new signings to gel together, but nine games in, Chelsea are showing great signs of promise as they currently sit 2nd in the table. Along the way, Frank Lampard has made some low-key, subtle changes that have helped to propel Chelsea back toward the top of the table. Here is our Tactical Analysis of Frank Lampard's Chelsea after nine games in the 2020-21 Premier League season.