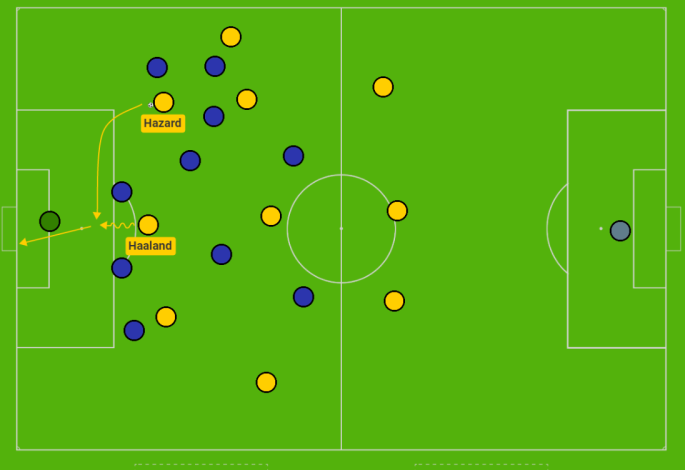 After breaking onto the scene with FK Molde in 2018, Erling Haaland has had a quick rise to becoming one of the very best footballers on the planet now in 2021, at the tender age of twenty years old. This season the Norwegian striker has taken his game to new heights, scoring a remarkable thirty-two goals in twenty-eight matches across all competitions. He's particularly impressed in the UEFA Champions League, leading Dortmund into the Quarter Finals with ten goals in six matches so far. Here is a tactical analysis of one of the greatest phenoms in the history of the Bundesliga - Erling Haaland.

After his incredible performance against FC Barcelona, many now regard Kylian Mbappe as the next coming of Lionel Messi, with some even suggesting he's already taken over as the world's greatest player. It was clear as day that Mbappe was going to be a world beater when he first stepped onto the scene with AS Monaco as a seventeen-year-old. But the Frenchman has progressed just as many hoped he might, which cannot be said about most of the seventeen-year old's who have burst onto the scene like Mbappe. Now a well established front-man for PSG, Mbappe is once again leading his team's charge toward the UEFA Champions League final just as he did last season. This is a tactical analysis all about PSG's Kylian Mbappe.

Italian striker Ciro Immobile has been one of the most lethal goal scorers in world football over the last five years, yet still does not get the full recognition that he deserves as one of Europe's top strikers. So far in 2019-20, only Polish striker Robert Lewandowski has scored more goals than Immobile in Europe's top five leagues, and many consider Lewandowski to be the best centre-forward in the world. 14 goals in 12 Serie A matches is more than just an impressive feat, it's something absolutely outstanding, particularly as part of a team where he doesn't have the same level of service or team possession that someone like a Lewandowski or Lionel Messi would have. After failed spells at Borussia Dortmund and Sevilla, Immobile completely revitalized his career with Lazio back in 2016-17 and now at the age of 29, is on pace to set his most impressive goal return of his career. But how does the Italian striker play and what makes him so unique as a centre forward? This is The Mastermind's Tactical Analysis of Ciro Immobile.