Over the past decade, few managers in the world of football have achieved more than Emma Hayes at Chelsea. Having now won the FA Cup and WSL title in back to back seasons with the Blues, the Chelsea legend will now have her eyes on the greatest prize of all in club football - the UEFA Champions League. Fortunately for her, Chelsea are in the form of their lives at the moment, and currently boast what is possibly the greatest squad they've ever had. The likes of Lyon and Barcelona will be difficult to beat, but Chelsea are in good shape to go this season with a near unbeaten record, and challenge for that elusive trophy once and for all. Here is our analysis of Emma Hayes' Chelsea in 2022-23. 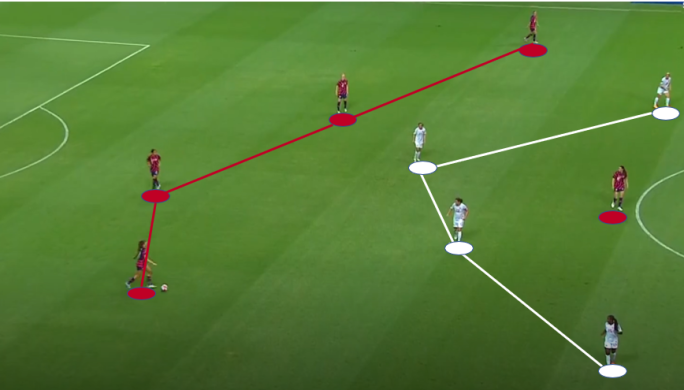 Any time Canada and the States face off in women's football, fireworks are bound to explode. With the likes of Alex Morgan, Rose Lavelle and Christian Sinclair in full flow, the CONCACAF Women's Championship Final proved to be an exciting encounter, filled with heart and desire en route to an American victory. Here is our analysis of the fascinating final.

Rhys is joined by Canada Soccer expert Sam the Man to discuss the 32 greatest players to ever play for the Canadian Women's National Soccer Team. For the first time ever, the winner is declared before the show even begins, but Rhys and Sam still go through the bracket to see how everything will play out. Players discussed include the likes of the illustrious Diana Matheson, Sophie Schmidt, Charmaine Hooper and of course, the one and only, all-time great Christine Sinclair.

After a dominant display against Mexico in Canada's final World Cup sendoff before the 2019 World Cup, The Mastermind Site takes a look at how Canada could line-up at this year's tournament in France. GOALKEEPER: STEPHANIE LABBÉ Stephanie Labbé has had a bright start to life with North Carolina Courage, keeping 2 clean sheets in her first … END_OF_DOCUMENT_TOKEN_TO_BE_REPLACED