When on their day, 'Direct Goal-Scorers' can be some of the most entertaining footballers to watch, with a sense of raw intensity beating inside their heart every step of the way. Khvicha Kvaratskhelia has shown everyone exactly that this season at Serie A leaders Napoli, but the likes of Sadio Mané and Serge Gnabry have demonstrated their goal-scoring exploits for years.

Alessandro Hojabrpour has been one of the standout performers of the past two seasons in the Canadian Premier League. Playing in an understated defensive midfield role where he's required to proactively participate in all phases of the game, Hojabpour has also been a name that has gone relatively unnoticed when compared to some of his CPL peers. At 22 years of age, with the maturity of someone in their mid-twenties, Hojabrpour should be on the radar of every single MLS club, and soon enough on the radar of our national team. Here is my analysis of the remarkabilities to Alessandro Hojabrpour in 2022, and why he's one of the best midfielders that Canada has to offer.

In our latest analysis series: Game of Numbers, we break down the various tactical undertones of the modern game, most notably the individual roles that players fulfill to help their teams achieve success. This is Issue No. 9, featuring tactical discussions around two of the Bundesliga's top prospects - Youssoufa Moukoko and Christopher Nkunku.

Struggling to know how to communicate your ideas about the game in a succinct format? Our 'Coaching Philosophies Guide' will help you to know what you need to consider when building the perfect team environment, and will allow you to nail down your thoughts about how and who you want to be as a coach. Our guide comes with my own Coaching Philosophies as an example for how you can structure your own. This can be purchased for just $2.99, as part of our continued attempt to make our content as accessible as possible.

We tracked every single CPL game over the course of the season to come up with our unique rating system. We compile that information alongside each player's defensive, attacking and possession rankings. We present the players that are more than ready for that next step, whether that be playing in the MLS or somewhere in Europe. If rumours have it, Marco Bustos may already be on his way. Here is our analysis of the best '10's' in the CANPL.

Even at the cut-price of £15 million, many unaware football fans were skeptical of Manchester City's move for Manuel Akanji. The thought was that he was an unreliable defender, who frequently made critical defensive errors leading to goals. This happened a few times in Akanji's early days at BVB, and painfully for us as fans, most crucially in the lead-up to Dortmund losing the title in Favre's first year. But what many failed to recognize despite my constant banging of the drum last year - Akanji had grown into one of the best defenders on the planet in his final two seasons at the club. Here is our analysis of Manuel Akanji's start to life at Manchester City. 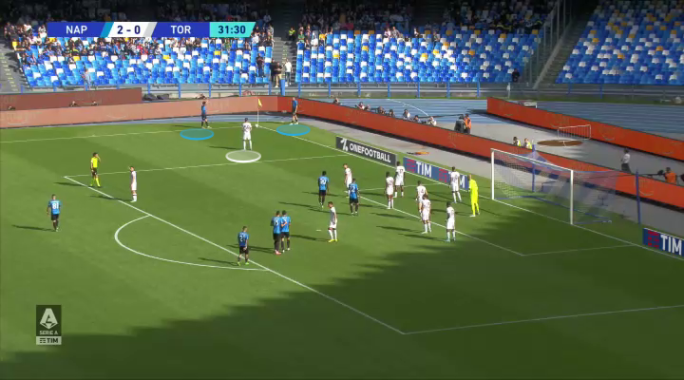 Among a host of changes to the game and innovations popping up at every turn, short corners remain an understudied facet of the game. While they often frustrate fans in stadiums when they ultimately come to nothing, the right short corner kick routine can bear fruit for any team, creating an overload before whipping the ball into the box.

Following the loss of eventual CPL Golden Boot winner Alejandro Diaz, Pacific FC immediately went from title contenders to top four contenders, scraping into the playoffs with a fourth-place finish come the end of the season. The repeated line as the likes of myself and CPL.ca wrote about Pacific became all about how things could have been very different for Pacific in front of goal had they only had that missing link. Diaz was everything to the Pacific attack, acting as both a 'False 9' capable of dropping deep and receiving the ball, and somehow even fulfilling duties as an occasional 'Target Man' despite his 5'10 height. He linked up with Marco Bustos and Manny Aparicio magnificently well as the three of them dovetailed around each other, and his desire to drop deep often allowed Joshua Heard to run into the vacated space behind. Pacific signed Electric City striker Jordan Brown to try and make up for the loss, but it was clear that Brown was a far less dynamic player, and far less clinical in front of goal. With that, we analyze the essential characteristics in need of replacing when it comes to Diaz and his game, and four possible replacements from around the globe. 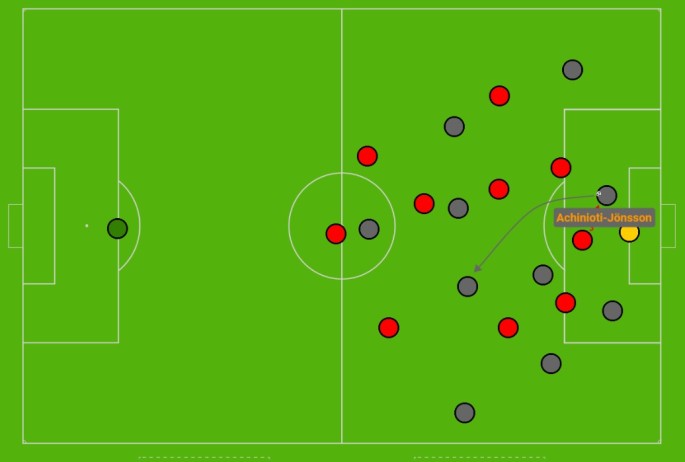 The 2022 CPL season has officially come to an end, with a thrilling final between Atletico and Forge ending in another victory for the Hammers - their third CPL Playoff win in four years. Forge bamboozled Atletico Ottawa on the day, completely stunting their quick attacking transitions, while dominating the flow and possession of the match. Here is our tactical analysis of the final, and how Forge came out the other side as victors once more.

This game was wild. Borussia Dortmund were all over the place in their twelfth Bundesliga match of the season, and I can't remember another time where they scraped out a win despite being absolutely shell-shocked by the other team like this. Eintracht Frankfurt were formidable going forward, and kept a whopping 59% of the possession against the Black & Yellows, which is completely unheard of for both sides when facing one another, and for Dortmund in general. Despite this, the likes of Gregor Kobel and Nico Schlotterbeck came out clutch to save the day, and Frankfurt couldn't make the most of their chances. With that, here is our tactical analysis of this stunning match of football, and how both teams need to progress moving forward.

After this long-haul search of central midfielders in the CPL, four key figures stand out as being above the level of the league. Ollie Bassett is perhaps the most obvious to catch the eye when you watch him play, and his defensive awareness does not necessarily manifest in crunching into tackles and accumulating positive defensive stats like some of his peers. Here is our analysis of central midfielders inside the Canadian Premier League.

After a long, hard-fought Canadian Premier League season, tomorrow will see the attacking fluidity of Forge meet the defensive solidity of Atletico Ottawa in the CPL Playoff final. The season saw an intense top four battle between the two playoff finalists alongside Pacific and Cavalry over the past seven months, and we are now one day away from the finale to what has been an explosive, groundbreaking season for the CPL. Here is our tactical preview of the final, and what both teams may look to do ahead of tomorrow.

Kansas City Current have shocked the NWSL in 2022, going on an incredible run of form at the end of the season to win or draw 17 of their last 20 games, and secure a spot in the playoffs where they now await the Final. Along the way, Matthew Potter has played some of the most tactically flexible football in the division, creating a team of workhorses ready to fight each and every day for the betterment of the team. They've not only played some of the best football this season, but have done so with one of the lowest budgets, and arguably the least amount of star power in their ranks.