After years and years of back-four systems being the dominating dogma in world football, back-three systems are now starting to take over. The growing popularity of formations like 3-4-3 and 3-5-2 has been matched by the variety of tactical nuisances that managers around the world have used to innovate these system of plays. 3-5-2, for example, has many distinct variations and teams operating within this formation can feel comfortable knowing that they can easily adapt their midfield structure to match what they want to achieve out of any game.  Here are 3 Ways To Play 3-5-2.

A compact, five-player midfield playing in a defensive shape such as a “Flat” 3-5-2 can be incredibly hard to break down. It’s been one of the keys to success for clubs like Wolverhampton Wanderers and Lazio in recent years and one of the main reasons why both clubs have been able to frustrate some of the top sides in their respective leagues. The flat 3-5-2 resembles a very similar shape to the 3-1-4-2, however any one of the three central midfielders may go forward at any one given time and even the designated ‘number 6’ may enjoy the odd burst forward from deep. With that said, midfielders in a flat 3-5-2 usually stay very compact. The two central midfielders might hold their positions more often than in a 3-1-4-2 and the defensive midfielder won’t be as far apart from them. These are two of the key differences between the flat 3-5-2 and the 3-1-4-2, which on paper might look very similar. Chris Wilder achieved grand-scale success in Sheffield United‘s 2019-20 Premier League campaign, playing with a very compact midfield and centre-backs responsible for both carrying the ball forward and overlapping/underlapping their wing-backs. Defensively, the flat 3-5-2 can also easily change into a 5-3-2 with the help of the wing-backs dropping in and the lack of a natural ‘number 10’ in the team. For teams looking to frustrate their opposition via compactness and narrowness like Sheffield United, the flat 3-5-2 is an excellent option. But as evidenced by Wolves and Lazio, it also gives teams loads of outlets in possession and going forward. 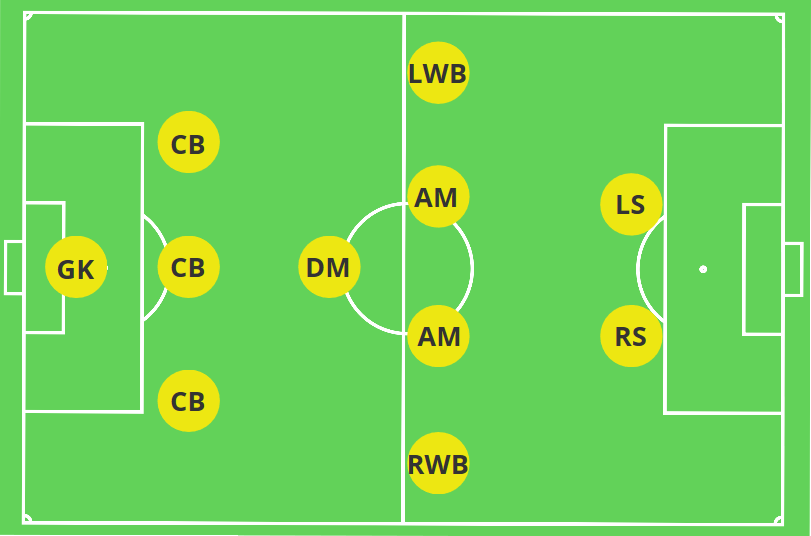 The 3-1-4-2 is slowly becoming one of the most popular formations of the modern game. Set to be popularized by Antonio Conte’s highly successful Inter Milan, this formation also caught the eye of clubs like Atletico Madrid, Sevilla and 1899 Hoffenheim in the past three seasons. With the success of the 4-1-4-1, which positions two more attacking midfielders in front of a defensive midfield pivot, the 3-1-4-2 perhaps gets its roots. When you consider the success of some of the teams mentioned above, it’s easy to see why this formation has quickly become so popular. The 3-1-4-2 looks to be incredibly balanced and can be used for teams who keep possession of the ball (e.g. Inter Milan) and teams who play on the break (e.g. Eintracht Frankfurt). Defensively, the formation can also easily be shifted into a 5-3-2, while the defensive midfield pivot generally has a greater role in covering for an out of place wing-back. But with two attacking midfielders further forward, if the ball is moved out wide to one of the wing-backs, several players will be waiting to get on the end of a cross and nod in a goal. This is why there is such great balance between defense and attack in Antonio Conte’s new favourite formation – the 3-1-4-2. 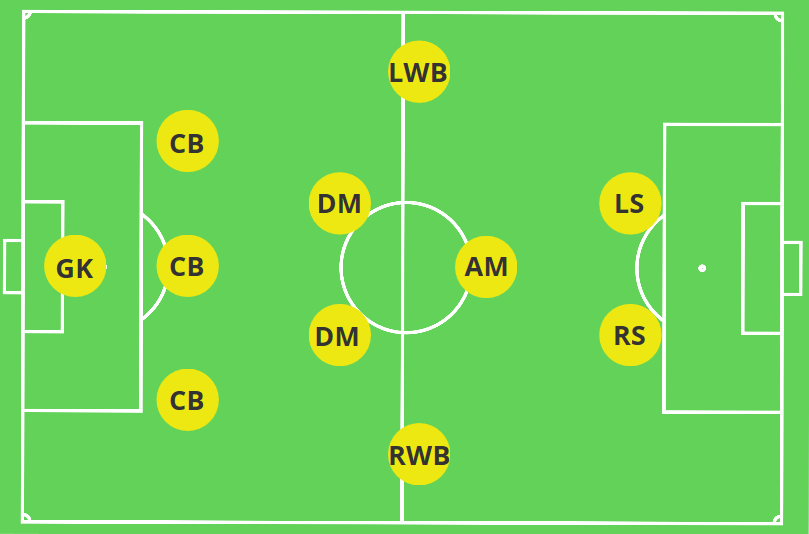 Another more traditional version of the 3-5-2, the 3-4-1-2 is the inverted cousin of the 3-1-4-2. Instead of having two attacking midfielders, a team may decide to opt for one instead, and play with two defensive midfielders. This midfield triangle makes the 3-4-1-2 a very similar option to another one of the most popular formations out there at the moment: 4-2-3-1. The Dutch National Team achieved success under Louis Van Gaal at the 2014 World Cup using this variation of the 3-5-2, while several high-profile examples can be found in almost every league across Europe. Eintracht Frankfurt used this formation heavily in 2018-19 with the illustrious front three of Luka Jovic, Sebastien Haller and Ante Rebic. Gian Piero Gasperini has also recently made Atalanta a force to be reckoned with in both Serie A and the UEFA Champions League, deploying Alejandro Gomez as his key creator in the maverick attacking midfield role behind the front two. Antonio Conte has also experimented with this formation as a back-up plan with Inter Milan. This is not much of a surprise given that clubs in Italy have been using this formation for decades. The benefit of the 3-4-1-2 as opposed to its cousin is that there are two defensive midfielders in build-up phases and defensive transitions. For teams that lack a ‘number 6’ capable of covering ground from left to right, it might be advantageous to utilize this system of play instead and allow the ‘number 10’ – usually a more skillful attacker, the ability to get on the ball as much as possible further forward. Defensively, the shape takes the form of a more unnatural version of the 5-3-2. But if a talented and skillful number 10 is in the side, they may not be required to come and defend anyway and at times, it could look more like a 5-2-3 in defense, as seen by Gasperini’s Atalanta. Perhaps, the most popular of the three in recent times, the rise of the other two might soon cause a shift in how we contextualize the 3-5-2.

All of these systems give teams flexibility in the way they implement the ever-popular 3-5-2 formation. Each offers slightly different outcomes and can get the best out of different types of players. As with any formation, the players and what they bring to the table needs to be the primary concern. But with this guide to the 3-5-2, any team looking to play this great formation should now have a better understanding of how they want to employ their shape. Thanks for reading and see you soon!