The 4-5-1 is the perfect formation for counter-attacking football and instills a defensive mindset in any team. As such it is a particularly popular formation for defensive-minded managers and is universally used to defend a lead. The 4-5-1 is also incredibly flexible, providing a lot of different ways managers can employ the tactic. Nearly every formation that utilizes a back-four is some kind of variation on the 4-5-1 as teams move further and further away from 4-4-2 into structures that overload midfield areas and take away the second striker. Here are three of the many methods to the 4-5-1, with a focus on those that hold a slightly more defensive mentality.

In a flat 4-5-1, the midfield five nearly form a straight line in midfield, shutting down every passing opportunity the opposition has to play their forwards in behind. The tactic is incredibly effective in defending a lead and if teams win possession, attacking triangles are easily formed for teams to pass their way out or play the ball into corners. It’s also easily adaptable into the counter-attacking style as pressing can come from either two of the three midfielders, the two wide-players or both. The key is that if one winger and one central midfielder press, that the other central midfielder and winger hold and support.

Although a flat 4-5-1 can cause the striker to become isolated, it can be easily adjusted into a 4-3-3 or 4-2-3-1 in attack and coaching players into recognizing when to exploit those situations is not as difficult as it sounds. If a counter-attacking style is imposed, those kind of attacking adaptations will almost come naturally to players. 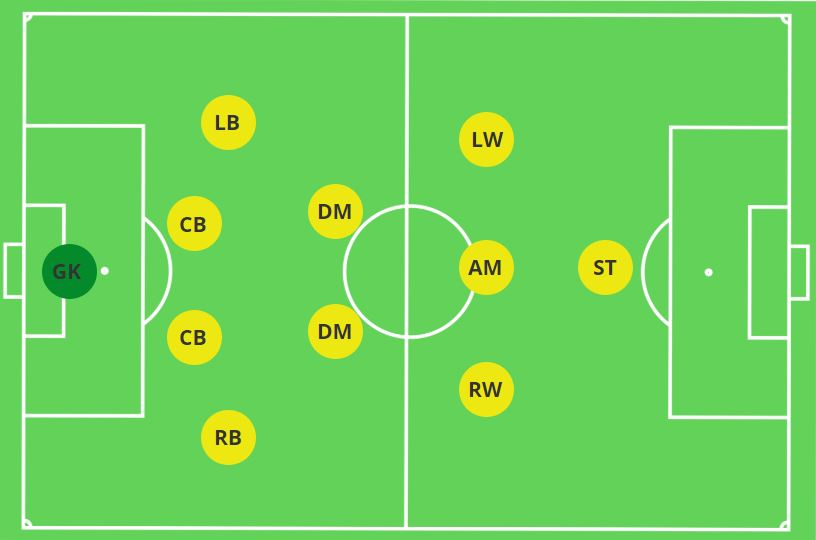 4-2-3-1 is one of the most popular formations around the world, particularly within the last decade and the slow decline of the 4-4-2. 4-2-3-1 provides an extra midfielder that acts as a playmaker in front of strong defensive-mid base. This formation is also easily adaptable into a 4-3-3 if the playmaker drops deeper and wingers play higher and wider while can also go the other way into a defensive 4-5-1 if the wingers play low. Nonetheless, this formation offers even the very stubborn Jose Mourinho loads of flexibility. Not only is it perfect for counter attacking football as evidenced by Mourinho himself, but it allows for lightning-quick transitions in attack.

The one knock against the 4-2-3-1 that many managers have noted is that it is set up in a way where the attacking midfielder must be the focal point in attack. If the attacking midfielder goes missing Mesut Ozil style, the formation is no longer effective. It also produces a larger gap in between the wingers and the defenders than in a traditional 4-5-1 but if the defensive midfielders can cover a lot of ground, this becomes less of an issue. 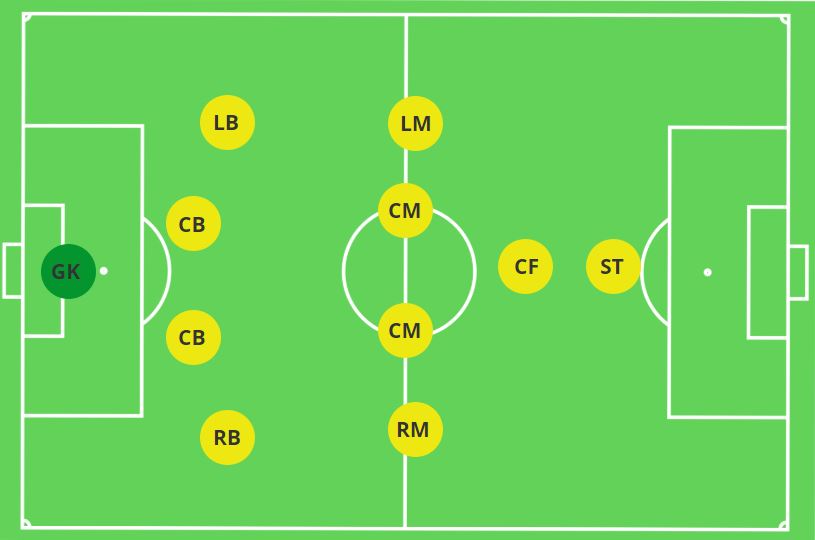 Burnley manager Sean Dyche’s favourite formation, the 4-4-1-1 has a defensive overtone without question. However, if played correctly there are few better formations for shutting down your opposition and attacking on the break. With a flat four, there is loads of defensive cover in shutting down passing lanes and in defending the second striker/attacking midfielder always knows to drop back. The 4-4-1-1 suits a rugged style of play and can get the best out of players who lack a natural talent on the ball. As such it is a solid option for teams who do not keep large amounts of possession. There’s defensive cover everywhere on the pitch and long-balls as well as carrying the ball up could both be used effectively as a strategy to bring the attacking midfielder, striker and wingers into the game when required. The one thing it perhaps lacks is the extra central midfielder that the 4-5-1 can provide, but for teams that struggle in possession anyway, an extra central midfielder may become useless and a long-ball strategy may be adopted either way.

However, that isn’t to say that the 4-4-1-1 can not be effective for teams that do have talented ball-payers and keep possession. Burnley and Atletico Madrid love this formation but so did France’s 2018 World Cup winning squad. The 4-4-1-1 allowed Antoine Griezmann to play off Olivier Giroud and occupy the positions that make him most dangerous while also offered flexibility for creating 4-3-2-1 situations when Kylian Mbappe would bomb down the right-hand side. So although it is generally used by managers and teams with a more defensive mindset, the 4-4-1-1 can be a good option for any team and in the post 4-4-2 era, it will always remain a popular option for the flexibility it provides.

So there you have it – 3 ways to play the 4-5-1. In this article we looked at the defensive stability and cover that the 4-5-1 offers, the natural transitions into attack that the 4-2-3-1 provides and the different methods in making a 4-4-1-1 effective. For more on formations and coaching tips check @raadesmo out on Twitter. See you next time!