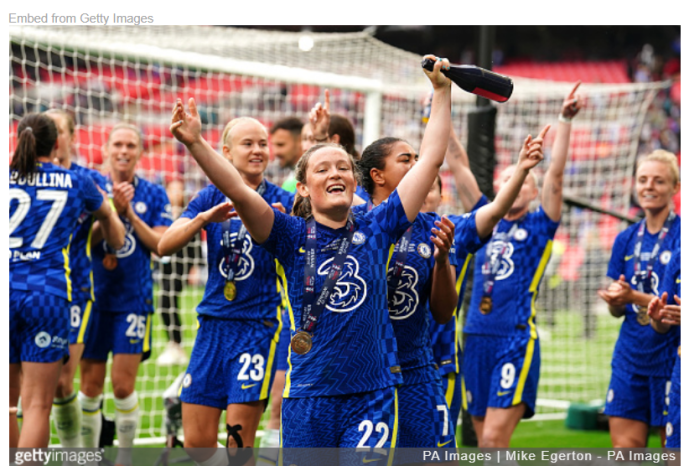 What a game. If you missed this one, seriously, go back and watch the explosion of emotions and hard-felt performances across the pitch in Chelsea's narrow 3-2 win over Manchester City. The Citizens were dominant on the day going forward, yet Chelsea kept pushing and probing to take the lead not once, not twice, but three times. Their relentless goal-scoring when the odds seemed stacked against them ensured City always had an uphill battle to climb, and eventually became too big of a task for Gareth Taylor's team. Here is our match analysis of the 2022 Women's FA Cup Final between Chelsea and City.