The Mastermind brings you an exclusive guide to every single Premier League team going into the highly anticipated 2017-18 season. From lineups, to transfers to the wackiest of predictions, The Mastermind has you covered. Here is your guide to a club that going into the season always seem to appear to be in trouble but never actually are, Stoke City. 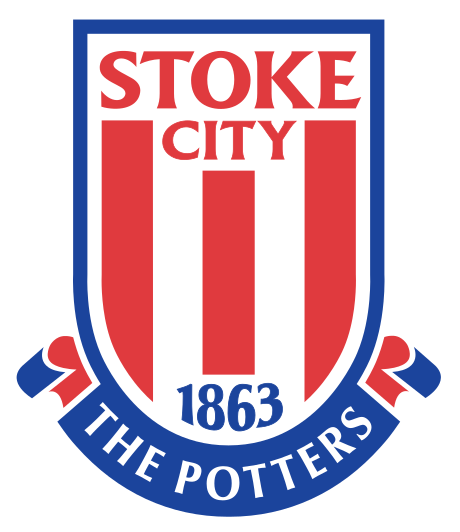 Stoke City don’t look amazing going into the 2017-18 season, but the notion that they could suffer any bit of difficulty surviving relegation is nonsensical. The lack of new signings have called many to proclaim Stoke to be in trouble this season, but in reality they’ve made quite a few incredible signings and even without them would have been just fine. The experienced Darren Fletcher should prove to be one of Stoke’s key men this season while pacey-wingers in Eric-Maxim Choupo-Moting and Jese Rodriguez have the ability to trouble any defense. On top of that, Mark Hughes is one of the most experienced managers in the league and his position at Stoke will never be in doubt while his defense is also incredibly sturdy. Stoke won’t be amazing to watch this season and they might not even crack the top ten, but they will certainly be able to steer clear of relegation with ease and come back for another season of Premier League football next year.

Stoke City’s lineup could change in a number of different ways over the course of the season, especially with all the new signings that are coming through the door all of a sudden. Most notably for Stoke are the two most recent transfers, Jese Rodriguez on loan from Paris Saint Germain and Eric Maxim Choupo-Moting on a permanent deal from Schalke 04. They both play the same position but the versatile Cameroonian international in Choupo-Moting could also play up front and steal a spot away from Saido Berahino. Jese is the one that should be expected to hold down Marko Arnautovic’s place inside of Hughes’ XI in 2017-18. Peter Crouch could also be another up top despite Berahino seemingly being Hughes’ first choice at the moment. Xherdan Shaqiri and Bojan Krkic are also likely to start in behind the front man regardless of the formation.

In defense, the lineup could change in a number of different ways depending on the formation. Shawcross and Zouma could either be part of a back four in centre defense or a back three that could include Bruno Martins Indi and Geoff Cameron as well. Darren Fletcher is also certain to come straight into the midfield and partner former Liverpool and Swansea man Joe Allen who will be hoping to lead Stoke to a top ten finish.

Jack Butland will likely need to be on top of his game at all times for Stoke to have an above average season but the man who is going to be the most crucially key to everything they accomplish this season has to be Darren Fletcher. He’s a leader on and off the pitch and has so much experience playing in this league, from his days as a Manchester United midfielder to captaining West Bromwich Albion. It’s amazing that Tony Pulis even let him go and his absence will be just so detrimental to the Baggies this season. A calming presence in midfield, Fletcher should allow Stoke City to keep more of the possession in matches. Not only does he have fantastic skill and pass precision, he also is fantastic at winning the ball back which should also help the Potters remain in possession for long spells. Darren Fletcher might be one of the best signings of the summer and could be Stoke City’s key man in 2017-18.

Stoke City have had a great summer off-season. Not only have they brought in several fantastic players; they’ve also made quite a bit of money as well by selling quite a few players that certainly needed to go. The Potters sold Marko Arnautovic for the overblown price of 24 million pounds to West Ham United and replaced him with two promising young wingers: Eric-Maxim Choupo-Moting from Schalke 04 and Jese Rodriguez, the former Real Madrid youngster. Bruno Martins Indi has also been secured on a cheap deal from FC Porto after impressing at the back for the Potters in 2016-17 while Kurt Zouma has made a loan move over from Chelsea and could take away his spot in the XI. Joselu, Glenn Whelan and Phil Bardsley have all been sold to other clubs around England while the one player they perhaps should have done more to keep is Jonathan Walters, who left for Burnley for just £3 million.

Darren Fletcher has also signed a three-year contract on a free transfer from West Bromwich Albion while youngster Josh Tymon has come over from Hull City. All and all, it has been one fantastic summer off-season for Stoke City Football Club.

This certainly won’t be Stoke’s best season ever but it can’t be their worst either as they just have far too many stellar players in their ranks to perform that badly. Another top ten finish will likely be in order after a lackluster and mediocre final finish of 13th in 2016-17. With Shaqiri, Fletcher, Allen, Zouma and Butland all in the squad, they could even challenge for a spot in Europe; although they likely won’t. In addition, Mark Hughes is a great tactical manager with loads of experience so there’s virtually no way they will ever be near the bottom three. Stoke won’t be this season’s best or most entertaining club but they will certainly have a good season that will keep Hughes in his job for another round and keep the Potters in the Premier League for the foreseeable future.