The Mastermind brings you an exclusive guide to every single Premier League team going into the highly anticipated 2017-18 season. From lineups, to transfers to the wackiest of predictions, The Mastermind has you covered. Here is your guide to a club with a brand new manager but a very familiar look, Southamtpon FC. 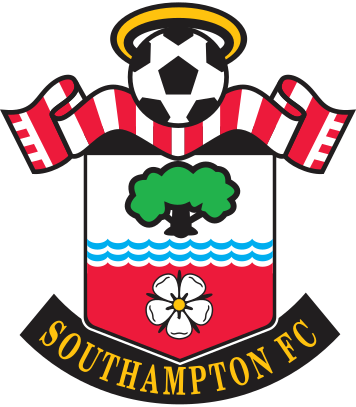 Southampton have been one of the Premier League’s most consistently good performers over the past five seasons, finishing above 8th place the last four seasons. With a new manager in Mauricio Pellegrino who led Alaves to the Copa del Rey final last season, there is no reason why this season can’t be more of the same. The Saints still have an incredible group of players and continue to develop bright young talents to replace those stars that seem to leave the club year after year. Moreover, despite a transfer move looming over the head of star man Virgil Van Dijk, he still remains at the club and he may very well end up staying there for a little while longer. Top quality players like Cedric Soares, Oriol Romeu and Ryan Bertrand also still remain at the club despite some of the league’s big boys coming in with massive offers for them. So with a manager in Pellegrino who just has so much experience at winning matches both as a player and coach and a club with a great squad, capable of winning, this should be another successful season for the Saints.

Manuel Pellegrini doesn’t look likely to change too much from last season’s eight place finishing squad. Virgil Van Dijk remains at the club but has been ordered to train alone until he gets his head right, which means Jack Stephens and Maya Yoshida will remain defensive partners for a little while longer. The pairing were highly successful during their tenure together last year but you still get the feeling that they aren’t the long-term option for the success of the club in the future. Cedric and Bertrand will remain as the two fullbacks until they inevitably get picked up by bigger clubs while Oriol Romeu is likely to partner Steven Davis in a midfield two rather than the 4-3-3 formation of last year’s team. James Ward-Prowse should also be expected to win more playing time this season and could be part of a four man attack that also includes Tadic, Redmond and silky striker Manolo Gabbiadini.

Oriol Romeu is such a crucial player for Southampton in midfield yet is so understated. His role in breaking down attacks and shutting anything down is integral to the side and was so crucial in helping them earn an 8th place finish last season. The 25-year old featured in 41 matches last campaign between Europa League and Premier League alone, making 3.3 tackles and 2.5 interceptions per game in league play. He acts as a brick wall for the Saints, never allowing anyone to pass and has the ability to be a taller N’Golo Kante when at his best. Oriol Romeu’s role in Southampton’s squad is so simply understated and he will be the most important player the Saints have to offer this season just as he was in 2016-17.

A transfer for Virgil Van Dijk has seemingly been in the works all summer long but against all odds, the Dutch defender still remains a Southmapton player, and their vice-captain for that matter. Nonetheless, a move away from the club still looks likely and Liverpool remain the likeliest of suitors. The Saints can consider themselves lucky however that they have managed to keep hold of the likes of Cedric Soares and Ryan Bertrand, as well as Nathan Redmond, all three of whom attracted much interest this summer.

Unfortunately, Pellegrino’s side haven’t been as active in the transfer market as they usually are. The only major signing the club have made is in securing Mario Lemina from Juventus. Although that is a massive signing, Lemina may struggle to find his way into the team, just as he did for The Old Lady. More signings, especially at centre back, are certainly needed by the club before the window closes shut for good.

Southampton, as previously mentioned, have been one of the league’s most consistent performers over the past five seasons and luckily for them, have always been consistently solid and stellar. The best days for the club are probably behind them now that Koeman has left the club but a top ten finish definitely still appears to be on the horizons given the club’s status, wealth and personnel. With players like Romeu, Bertrand, Gabbiadini and Tadic, the club practically have no shot at finishing outside the top ten. But when the four just mentioned are probably the club’s four most capable players and they don’t have anyone better, it’s pretty safe to say they won’t be challenging for a spot in the Europa League again anytime soon. Southampton will be good this season but they won’t be amazing and they’ll probably finish right in and around the spot that they did last season under Claude Puel, this time one below in 9th place.