After a demanding eight month season, Major League Soccer has officially come to a close for 2021, with New York City FC taking the crown as playoff winners. The final match was a highly contested affair between two teams scrapping every minute to claim victory for their team. While New York City FC dominated the majority of the match, they couldn't stop Portland from scoring a dramatic last minute equalizer, sending the match into extra time and later penalty kicks. Here is our analysis of the enthralling final MLS encounter of 2021. 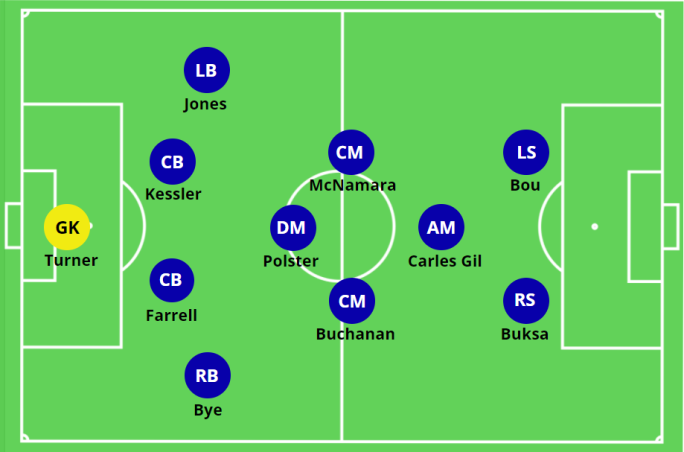 After a long, thirty-four game season, New England Revolution have won their first ever MLS Supporters' Shield. For anyone unfamiliar with the MLS' bizarre structures, that is the equivalent to winning a league title in any other league around the world. In the MLS, all it means is that New England have the best seed heading into the Playoffs, where they will hope to claim glory for good. But despite the insignificance of something that should be very significant, New England need to be commended for their incredible 2021 MLS season. The Revs lost just 5 of their 34 league games, scoring 65 goals in the process. Through it all they played some intriguing football, in a unique 4-3-1-2 system. Here is our tactical analysis of Bruce Arena's New England Revolution in 2021.

In one of the best games in MLS history, Toronto FC made history when they became the first ever Canadian team to advance to the MLS Cup Final, beating Montreal Impact by a score of 5-2 on the night, 7-5 on aggregate. Toronto FC had a hard-fought season just to get to the playoffs and … END_OF_DOCUMENT_TOKEN_TO_BE_REPLACED