The transfer window has closed and we’re left with a week of international football to wonder what money truly buys.

So for kicks, let’s incorporate the new lads in alternative formations for the Premier League’s “Big Six” and see what cleverness or calamity results…

Because why not, right? 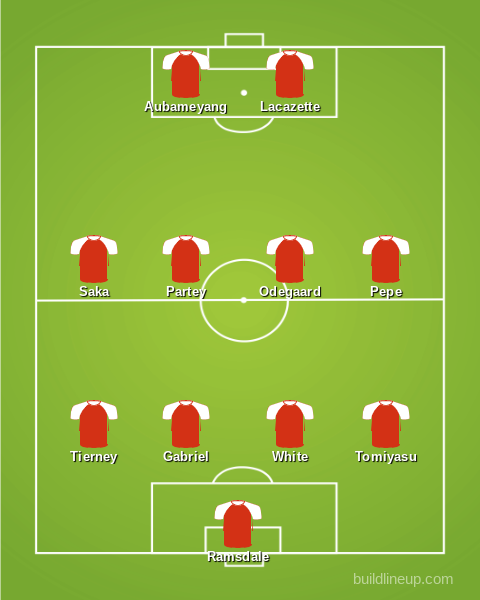 Stubborn, sturdy, and steeley. The 4-4-2 is everything that Arsenal are not (yet) this season. With money spent on solid additions for the right side of defense and if luck holds on the injury front, Arsenal fans will be banking on a more reliable back four once the transfer market dust settles. A formation that incorporates Saka, Pepe, Aubameyang, and Lacazette would certainly hint at consistent goals, although the first two would be more withdrawn than in their usual winger roles. Lastly, Smith Rowe and Lokonga provide youthful depth and able-bodied depth in the central midfield department. Bonus take: Ramsdale in for Leno. Surely Arteta could get a tune from this lineup… right? 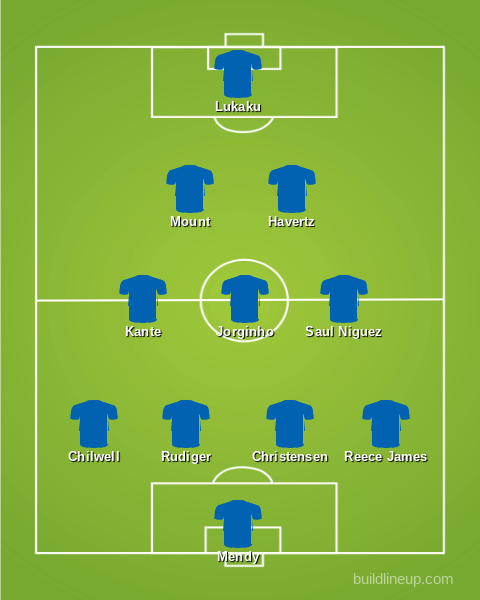 Welp, it’s tough to fix what ain’t broke but here’s a shot. The statement reinstatement of Lukaku up front, and deadline day addition of Saul Niguez, are two big money moves that deserve an immediate place in the lineup. While a rotation between the latter, Kante, Kovacic, and Jorginho as central midfielders in a 3-4-2-1 makes a lot of sense, the 4-3-2-1 would allocate a spot to three of the four, while maintaining the dynamic duo of Mount and Havertz behind an already undroppable Lukaku. That means the trusty back three/back five must become a back four and Chilwell reclaims his place ahead of wing-back superstar Marcos Alonso. The absolutely unnecessary change in playing style that comes with this formation makes it a bit of a stretch but hey, we’re spitballing. 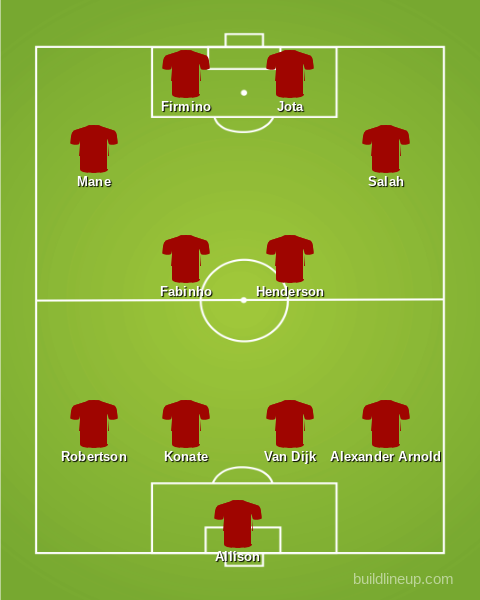 Given Liverpool’s transfer window was characterized more so by contract extensions and long-awaited returns from injury than big money signings, Konate is the only new name in this otherwise recognizable side. As such, the reimagination inspiration was to fit Mane, Firmino, Jota, and Salah all in the starting lineup as far up the pitch as reasonably possible. Pushing past a humdrum 4-2-3-1 but stopping just shy of a super exciting but likely irresponsible 4-2-4, the 4-2-2-2 pictured is actually somewhat conceivable, especially in match situations that limit the midfielders influence. Heavy metal football with four electric guitars and Klopp on the mic sounds like a symphony to me. 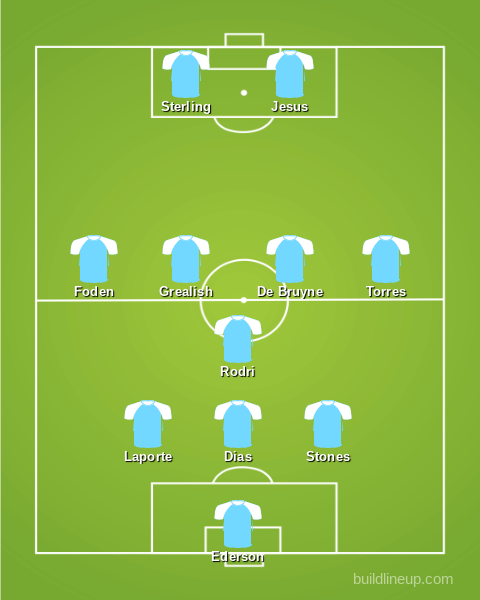 No center forward, no problem. Truthfully, it’s difficult to conceptualize a formation in which this side doesn’t look brilliant. Would a 3-5-2 variation further support City’s free-flowing, possession-heavy, technically-gifted chemistry? Does a three-man backline (or classic sweeper-stopper set-up) offer enough stability for the defending English Premier League champions? Yes! Probably. Either way, a starting eleven that boasts their new man Jack Grealish alongside gobs of attacking talent (picture Mahrez, Gundogan, and Silva all lined up to be subbed on second half) is mouthwatering. But who are we to tell Pep how to go about his business. 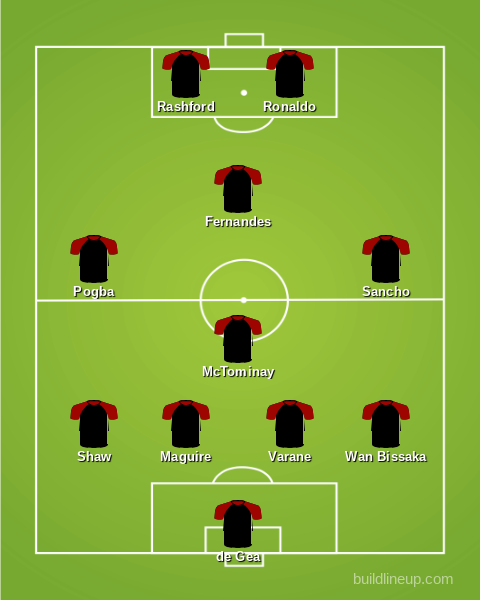 In the short time since the proclamation of Ronaldo’s return, much has been postulated about the best way to incorporate him into Manchester United’s starting eleven; why not add our musing to the mix. With the addition of Varane as center back, Man U is undoubtedly more formidable defensively, which could afford a shift from two holding midfielders to one. Between the options of Ronaldo as a center forward, left winger, or part of a striker pair, this formation opts for the latter. And while positioning Sancho as a right midfielder rather than a right winger may have it’s disadvantages, a 4-1-2-1-2 would be one way to get all of Man U’s talented new signings on the pitch together. 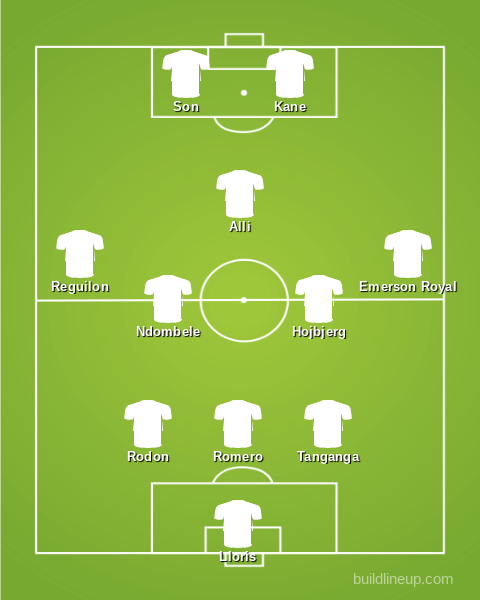 Could Tottenham’s deadline day activity signal Nuno’s return to a back three? Despite a strong defensive record so far with Dier and Sanchez, Romero has been tipped by many as the one to stabilize the center of a previously shaky backline. Plus, with the signing of Emerson Royal from FC Barcelona, outside back suddenly looks a position of great depth for Spurs. Rodon has been tucked in here as a pseudo-new signing, as has Ndombele (who would almost feel like a new signing if he could be properly reincorporated into the side). Of all the lineups we’ve listed, this may be the one to actually see use. And other than doing disservice to Spurs’ young talent (Gil, Skipp, etc.), it does reflect many of the current squad’s strengths.

End of daydream. Your move, Big Six managers. We’re here if you ever need our help.

So there it is! Rosters Reimagined! A Post-Transfer Market Tinkering of the EPL’s Big Six as part of Jeremy Barnes‘ Quick Take series. Be sure to check out more articles in this series, and follow on social media below! Thanks for reading and see you soon!

It’s time for our Monthly Magazine of January 2021! In this month’s edition of Fox in the Box, we find the next Liverpool front three, explore Dean Smith’s massive leap off the bottom of the Premier League table, and answer your questions about the January Transfer Window. Subscribe to our premium subscription for $4.99 per month or login to your account, to view the magazine.

Although we all love the beautiful game, we may watch for different reasons. Some tune in as a family tradition. Others for personal or professional interest. And still others purely for the sake of entertainment. Here, today, I hope to add one more reason to your list if it’s there already: watch to learn. Specifically, to learn how a football club compiles individual contributions of skill, athleticism, intelligence, and desire, and stations those facets of the game for collective success. This is my working definition of football tactics inherent to formations.

The knockout stage of an international tournament always serves as an emphatic reminder of what we all would claim to know: even the best laid plans can prove insufficient over the course of 90
minutes of football. And while the team who keeps their shape is often assumed to be in the ascendancy, adaptation undoubtedly preempts success; that is to say, some of the greatest examples of tactical prowess in sport are evidenced when the first blink leads to the last laugh. For instance, during their Euro 2020 round of 16 clash versus Wales, Denmark employed at least THREE different formations, modifications which ultimately tipped the result in their favor. Here, we take a closer look at the incentive and effect behind each change.

by Jeremy Barnes June 29, 2021July 11, 2021
Processing…
Success! You're on the list.
Whoops! There was an error and we couldn't process your subscription. Please reload the page and try again.