The Mastermind brings you an exclusive guide to every single Premier League team going into the highly anticipated 2017-18 season. From lineups, to transfers to the wackiest of predictions, The Mastermind has you covered. Here is your guide to last season’s 16th place finishers, Burnley. 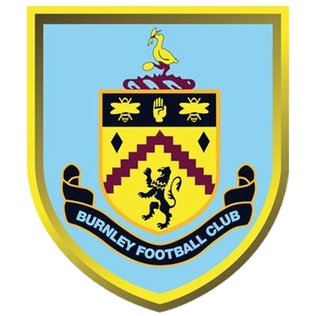 Going into the 2016-17 season, Burnley were one of the clear and succinct favourites for relegation. But this time around, after avoiding the drop for the first time ever in the league, there might be a whole lot more optimism about the club. Yes they’ve lost the most important player they could have possibly had in their squad, Michael Keane, who has left for Everton, but they’ve also made a few significant signings. The loss of Keane will undoubtedly effect them and the club are still yet to sign a successor but they might still have enough players in the squad with enough quality to secure their survival. Additionally, if Burnley do sign a replacement for Keane they should be able to propel themselves forward from where they were last year rather than backward.

Burnley always go 4-4-2 under Sean Dyche but with so many central midfielders now at the club, it’s difficult to see exactly who will start if there truly is room for just two of them. A selection dilemma is certainly something Sean Dyche can be happy about but in terms of making a prediction it is difficult to predict which two will play the most and be his preferred option. Defour, Hendrick, Marney, Westwood and now Jack Cork could all occupy those central areas and if it didn’t abolish the style of play that Dyche likes to play with, the Burnley manager might as well consider playing with three in the middle rather than two. If a 4-4-2 is in order, Arfield, Boyd and Brady will battle it out for the two spots on the wing while Vokes, Gray and new addition Jonathan Walters will be battling for a place up front. Leeds United defender Charlie Taylor might also steal Stephen Ward’s place in the XI but other than Keane, the other regular starters of last season are all likely to remain the same and make a massive mark on this campaign. The most difficult thing to predict at the present moment is who exactly will replace the England international in Dyche’s starting 11. Phil Bardsley has joined from Stoke and has experience playing centre back, even if it’s not his primary position, while James Tarkowski could also be a second option at the back if a replacement is not found.

With Michael Keane being gone from the club now, Ben Mee is going to have to be more important to the Clarets than ever before. The club vice-captain had a fantastic campaign in 2016-17 and his role was always so understated. But now with Keane gone, Mee’s contribution will truly shine through and many may start to realize how important he is to the team. The 27-year old featured in 34 Premier League matches last season, blocking more shots (48) than any other player, and making the second most amount of clearances (299) than any other player as well. His defensive awareness is immaculate and no matter who partners him in defense, Burnley will probably still be alright because of his quality. Tom Heaton will undoubtedly be incredibly important to the squad as well while Jack Cork should add some necessary reinforcements in midfield but Ben Mee will be Burnley’s key man in their bid to survive this season.

Burnley have never really been the type of team to put youngsters straight into their starting 11 after graduating from their academy and that trend is likely to continue in 2017-18. So as a result perhaps the one to watch, the potential breakthrough player that Burnley might have in store is their new left-back Charlie Taylor. Taylor played 4 seasons in the Championship with Leeds United, being named the club’s Player of the Year in 2015-16, and was regarded as one of the best left-backs in the league towards the end of his time with the club. So if he can just steal a place away from Stephen Ward for good; a difficult task given that the Irishman started 37 Premier League matches last year, Charlie Taylor could very much establish himself as a very good Premier League defender.

As heavily alluded to already, Burnley have done well in the transfer market thus far but are still in desperate need of a new centre back due to the departure of club star Michael Keane. Keane was immense for Burnley last season and earned himself several England call-ups and a reputation as one of the best defenders in the league. To think the only two possible replacements at the moment are Phil Bardsley and James Tarkowski is a bit outlandish.

On a more positive note however, Sean Dyche has secured the signatures of Swansea midfielder Jack Cork and Stoke forward Jonathan Walters. Both players not only have loads of Premier League experience but should also fit the Clarets’ style of play perfectly. Charlie Taylor and Phil Bardsley should also be decent additions even if they can’t force their way into the XI.

Other than Michael Keane, the only notable departure is that of Joey Barton who has retired from football after an 18-month ban was thrust upon him.

Despite the worrying factor that Burnley don’t have a Michael Keane replacement, Sean Dyche’s men still might just have enough to survive this season. Tom Heaton is a fantastic goalkeeper, Ben Mee is an excellent defender and the club seem to be able to grind out impressive results time and time again due to the resilient work of Sean Dyche. The club need to find a way to score goals. Andre Gray did not score as many goals as expected last season and Vokes had to pick up the slack too many times. This could prove to be the biggest problem for the Clarets as even if they can keep clean sheets, if they have a tough time scoring goals, they will never win matches. Still though after surviving in impressive circumstances last season and continuing to sign more Premier League quality players, Burnley could be set for another season of survival.