A wing-back, as the name suggests, is a full-back that operates up and down the wing, holding particular importance in attacking phases. They may contribute to the defensive side of the game, and they may even invert into central areas. But wing-backs do their best work down the by-line, where they can deliver crosses into the box, utilize their trickery and skill to go 1v1, and surge up the field through their dynamic pace and timing of movement into dangerous areas. Here is our latest Player Role Analysis. 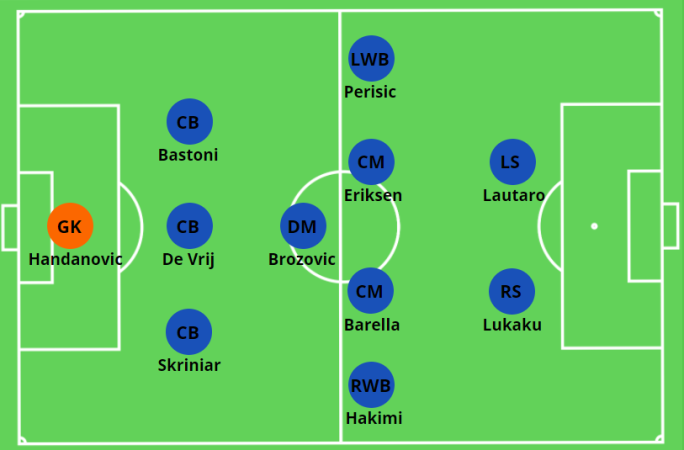 Since Antonio Conte's arrival at Inter Milan, the Italian giants have transformed into the most effective side in all of Serie A. Other than disappointments in the UEFA Champions League and losing last season's Europa League final, Conte's start to life at San Siro has gotten off without a hitch. I Nerazzurri narrowly missed out on the title to Conte's old side Juventus last season by one single point, and this season they look favourites to finally dethrone the Old Lady from securing another crown. But the results and the performances are not the only impressive components about Antonio Conte's functional Inter Milan. The Italian manager's tactics have been remarkable as they have been throughout his career, and so many players have taken their games to new heights under the influence of the former Premier League winner. Here is a tactical analysis all about Antonio Conte's Inter Milan in 2020-21.

Every time a World Cup rolls around, new stars seem to be born instantly. The 2018 World Cup in Russia was no different as players like Harry Maguire, Jordan Pickford, Ivan Perisic and Lucas Hernandez announced themselves on the world stage. That being said, the World Cup was only a very small portion of 2018. What really matters in determining the best footballers on the planet for the year is all about how a player performed primarily for their club in a variety of different league, cup and international cup competitions. How they fared for their country is secondary, while their overall reputation as one of the best in the world also plays a very important role. But without further ado, here is the first batch of the Top 100 Footballers of the Year for 2018 starting with numbers 100-81.

It is finally here! The Top 100 Footballers in the World for the calendar year of 2018, set to be revealed over the next week. 2018 gave us the happy surprises of Croatia and England at the World Cup although it was Deschamps' France that lifted the trophy; the dominance of Real Madrid in the … END_OF_DOCUMENT_TOKEN_TO_BE_REPLACED

Goalkeeper: Volkan Babacan  Let's be honest, Turkey should not have won their game 2-0 over the Czech Republic. The Czechs had 12 attempts but couldn't score from any of them. Why? Volkan Babacan! Volkan Babacan made 5 saves against the Czech Repbulic and was constantly in the way of their hopes of scoring a goal and reaching … END_OF_DOCUMENT_TOKEN_TO_BE_REPLACED