Every single week The Mastermind will be bringing you an exclusive EPL Team of the Week, starring the best eleven players of the round. The criteria for making the XI will include a players’ impact on their team’s performance and result compared to other players around the league. This is the Team of the Week for the second round of fixtures of the brand new 2017-18 Premier League season. 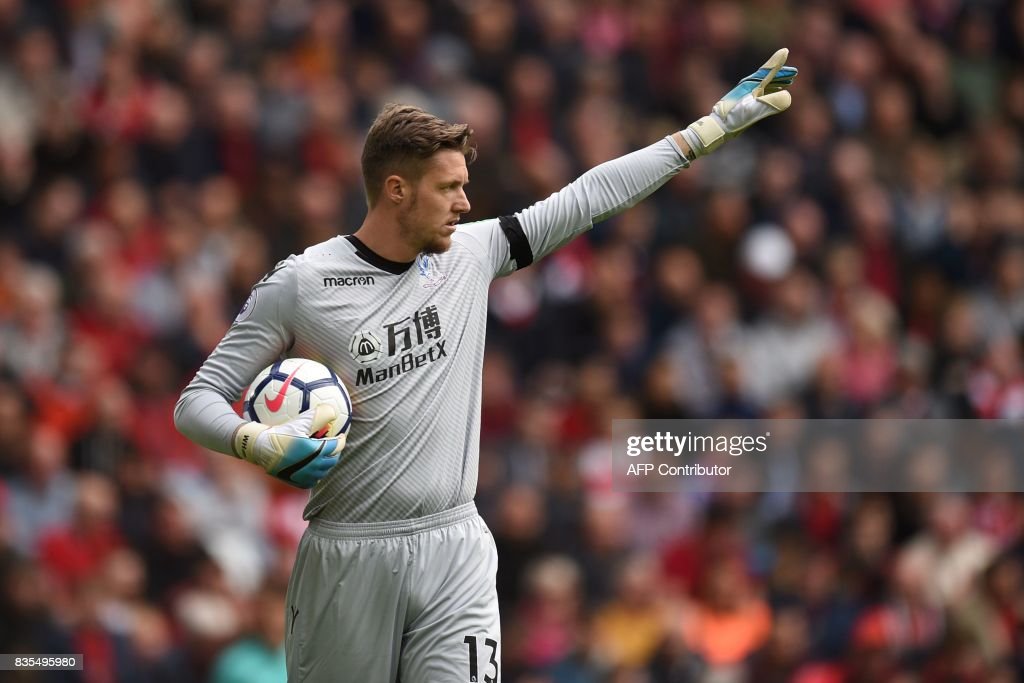 Crystal Palace might have suffered defeat against Liverpool this week, but Wayne Hennessy was incredible. He was so important to keeping the score down as it was just 1 goal that separated the two sides, opposed to three against Huddersfield the week before. The Welsh goalkeeper made a stunning total of 12 saves to keep Liverpool out, just constantly coming up with the goods when it mattered most and shutting absolutely everything down. Crystal Palace might be in for a hard season judging by the first two results but if Wayne Hennessey has anything to say about it, the club will not go down without a fight. Rating: 10/10. 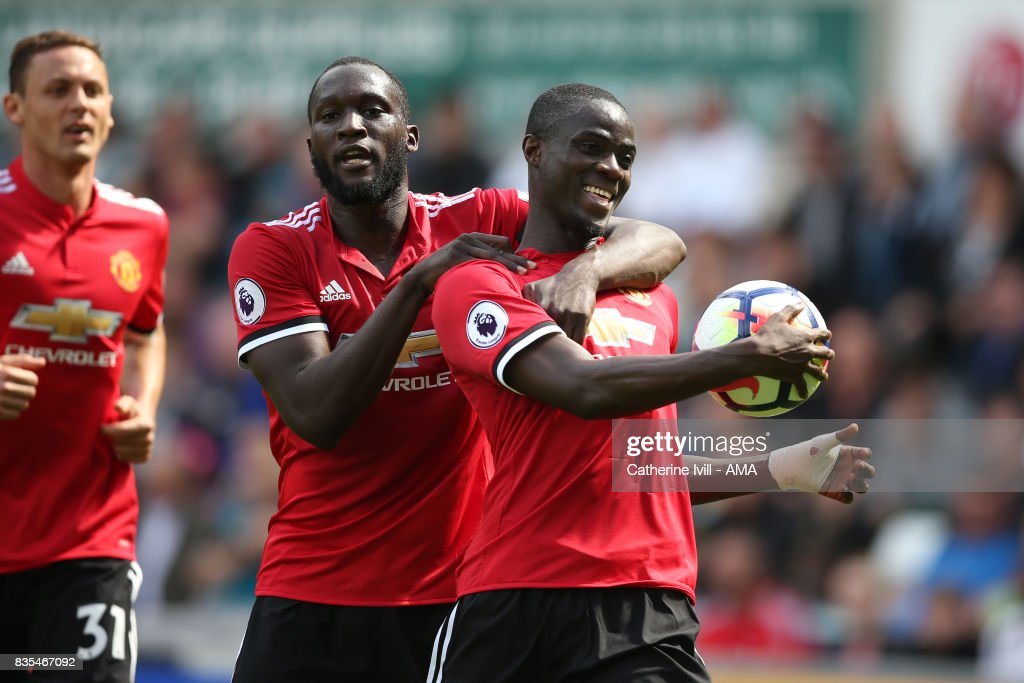 Eric Bailly has been one of Manchester United’s standout performers this season, holding down his place in Mourinho’s XI with ease and helping the side on their way to two 4-0 victories. Bailly was brilliant at the back against Swansea City, making 3 interceptions and 8 clearances, as well as never putting a foot wrong and aiding the club on their way to another clean sheet. He also scored United’s opening goal of the match, setting the tone for the way the rest of the game would go, and he completed nearly 94% of his attempted passes. Eric Bailly is a fantastic defender and what he brings to the table is just so versatile that United could use him to fill a number of different roles in a number of different formations. He’s becoming one of the best defenders in the league and if he can stay healthy, the Ivorian might be United’s most important defender all season long. Rating: 9.5/10. 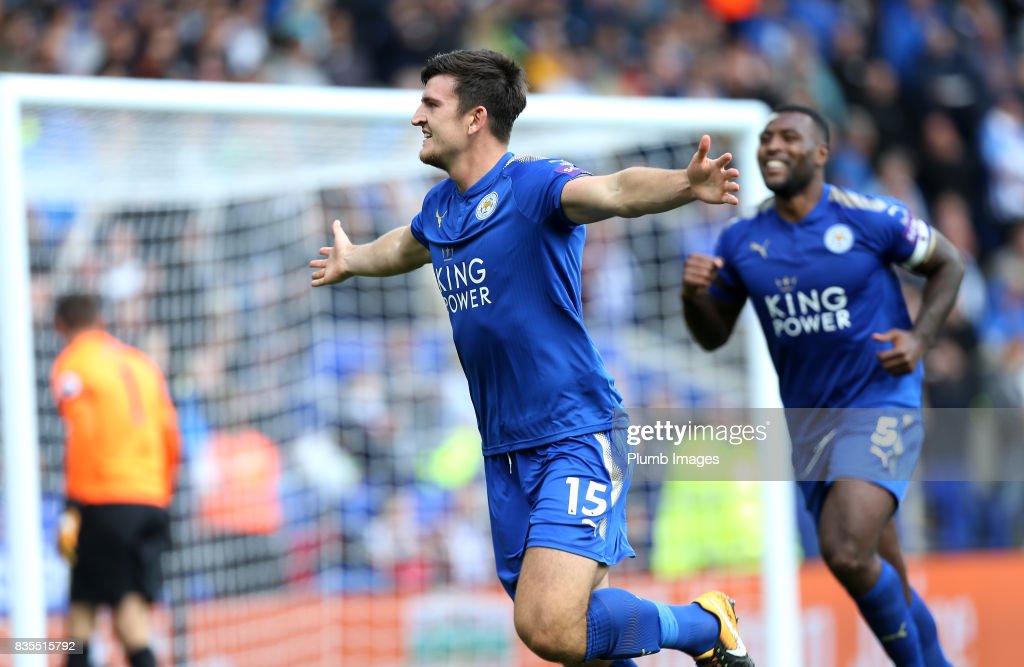 With two goals in two games, Harry Maguire looks like one of the very best signings of the summer; and he’s not even a forward. Defensive beast Maguire has been brilliant since joining Leicester from Hull City and was awesome in the club’s first win of the season at home to Brighton this weekend. Not only did Maguire score the team’s second goal of the game, leading their cruise to victory, but he was also vital in defense, making 5 clearances, winning 3 duels in the air and accumulating more touches (79) than any other player on the pitch. Harry Maguire is a fantastic defender and if he keeps on playing to this level, Robert Huth won’t get a look in all season long. Rating: 9/10. 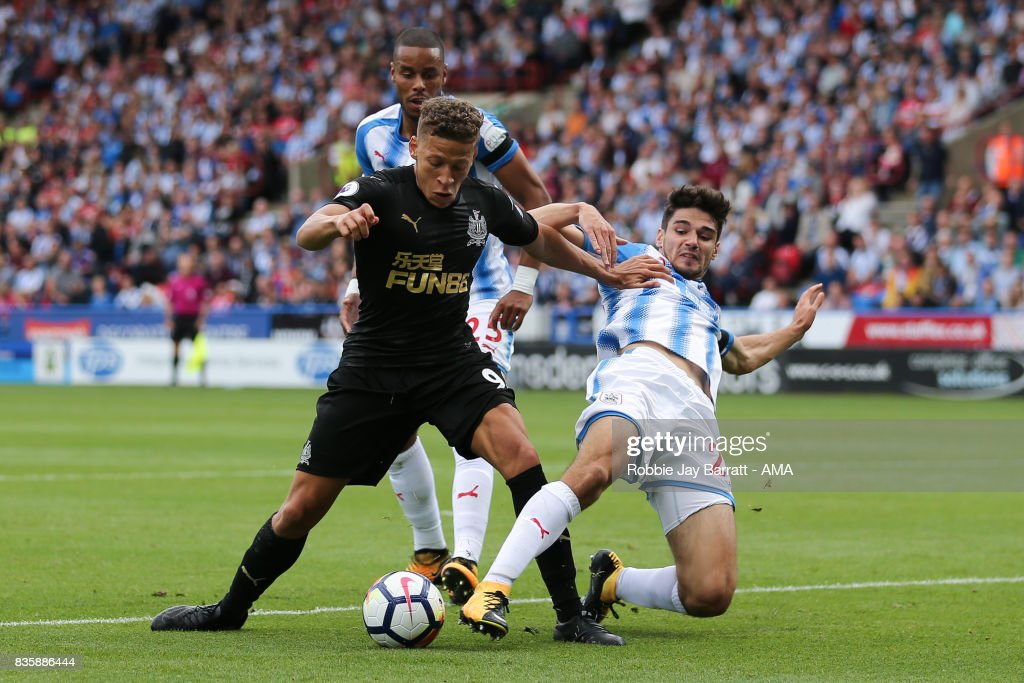 With two matches and two clean sheets, every single Huddersfield defender has been great to start this season. But the best of all has been the 27-year old German centre back Christopher Schindler who has not put a foot wrong and has been so monumentally integral to securing the club their first six points in this league. Schindler was immaculate against Newcastle on Sunday, as not only did he touch the ball more than any other player on the field (97) he completely tamed every single Newcastle player he encountered. The German defender won 4 duels in the air, made 5 tackles, 5 interceptions and completed 11 clearances, surpassing every other defender on the field by quite some distance. Christopher Schindler put in a performance to remember as the Terries kept another clean sheet and walked to their second straight victory to start this 2017-18 campaign. 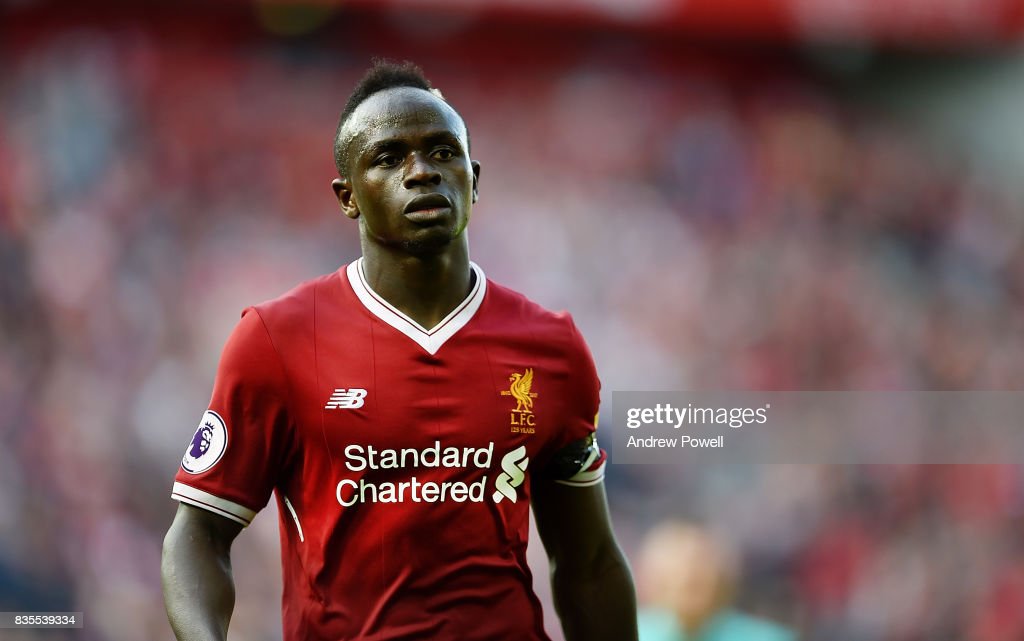 Sadio Mane was rampant against Crystal Palace, creating chance after chance for himself to score. Although he only found the back of the net on one occasion, he could have easily had a hat-trick and was easily Liverpool’s most poignant attacking force. Hennessey was constantly there to thwart his plans but his energetic play allowed him to break free from Palace’s defense and get off 5 shots, 4 of which were on target! The Senegalese winger also completed 2 take-on’s and had 77 touches on the ball, highlighting how crucial he was to this Liverpool performance. It wasn’t his best game ever but Sadio Mane was instrumental in earning a 1-0 victory for his team on Saturday and makes this week’s Team of the Week with ease. Rating: 8.5/10. 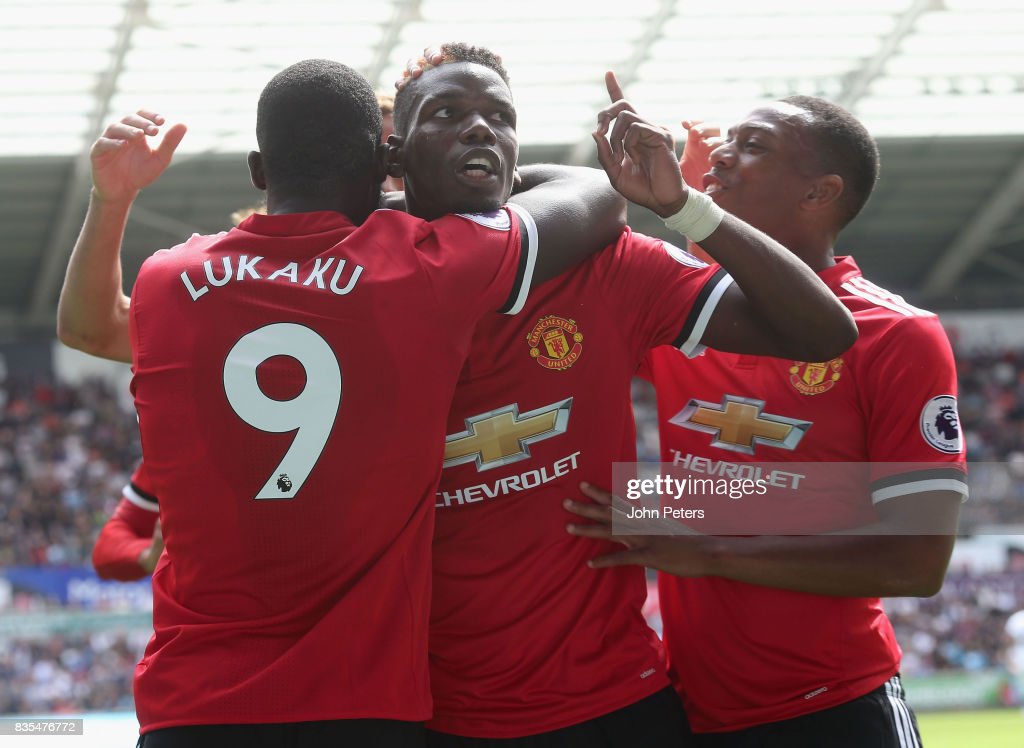 Paul Pogba looks like the best possible version of himself this season as the entire team appear to be playing around him and not exactly catering to his style of play but complementing it with every move. The French midfielder was pivotal to United’s 4-0 win against the Swans this weekend, controlling play, winning all of his midfield battles and driving forward to score another fantastic goal and notch his first assist of the season. Swansea could just never get a hold of the 24-year old as he had 97 touches, created 3 chances and took 3 shots, 2 of which were on target. He was also immense in defense, making 3 tackles and 2 interceptions. On his day, Paul Pogba has the ability to be the best midfielder in the league and under the guidance of Jose Mourinho with Nemanja Matic as his comrade in midfield, the Frenchman is finally showing what he is fully capable of in a Manchester United shirt.

After just two games, Aaron Mooy looks like just about one of the best midfielders in the league. He has so much quality in all areas of the game and what he does in attack for The Terriers is equally impressive to what he has managed in defense. The box-to-box midfielder is a constant source of chance creation and also a constant defensive presence, always breaking up play and stopping attacks high up the field. Every single positive part of his game was on full display on Sunday as he just put in the performance of a lifetime in leading his side to a 1-0 win. Mooy scored the only goal of the game and was instrumental to every attack Huddersfield created. But perhaps even more importantly, he was indestructible in defense, making 3 perfectly timed tackles and 4 clearances. The Australian’s link-up play was also vital, completing 84% of his passes and delivering 5 crosses into the box. Aaron Mooy is truly a fantastic midfielder and definitely looks set to be Huddersfield’s star man this season. Rating: 10/10.

Chelsea were brutally bad on Matchday 1 against Burnley, but thanks to Marcos Alonso’s clinical finishing in front of goal, were able to grab an impressive away win at Spurs on Matchday 2. Tottenham beat the Blues both times they met in 2016-17 as Pochettino’s men seemed like they were the only team in the league that knew how to correctly play against them. But Conte finally got his revenge this week with a great performance at Wembley Stadium and Marcos Alonso is a massive reason why. Beyond his two goals to give the club a 2-1 victory, Alonso also made 6 clearances, 2 tackles and won 3 duels in the air, doing his part in defense and limiting Christian Eriksen in his play down the right wing. Alonso was the best left-back in the league last year and with a performance like that is showing everyone that more of the same could be on the cards in 2017-18. Rating: 9.5/10. 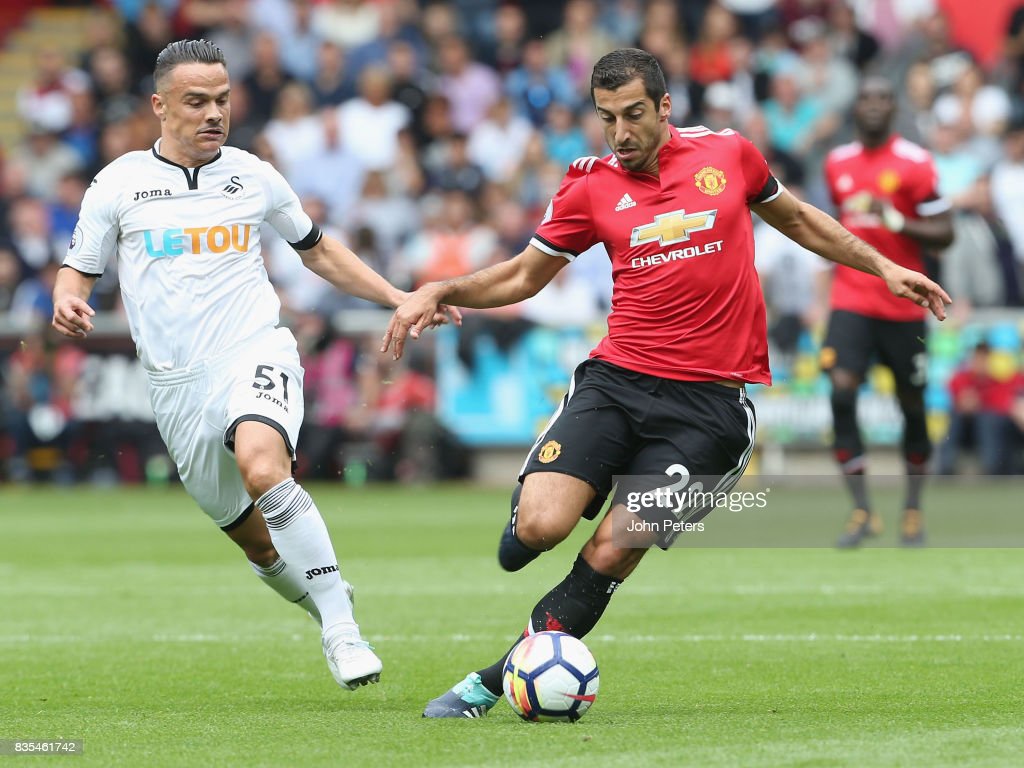 Henrikh Mkhitaryan has been the Premier League’s star player across the first two matches of the season. Of course it is still early days but with four assists already, Mkhitaryan looks destined to finish well passed double-figures in assists and could even be on his way to setting a new record. His link-up play, movement, vibrancy and control over Manchester United’s attacks have all been second to none and in both matches, his play-making ability was on full display. The Armenian created 4 chances, scored 2 goals, completed 91% of his passes and forced 2 fouls against the Swans, leading United to a 4-0 victory. It seems like whenever he gets the ball in his team’s attacking third, a goal looks bound to follow and he just looks so much more improved now that he knows his role in the team and is being given the platform to show how good of a player he really can be. Rating: 10/10. 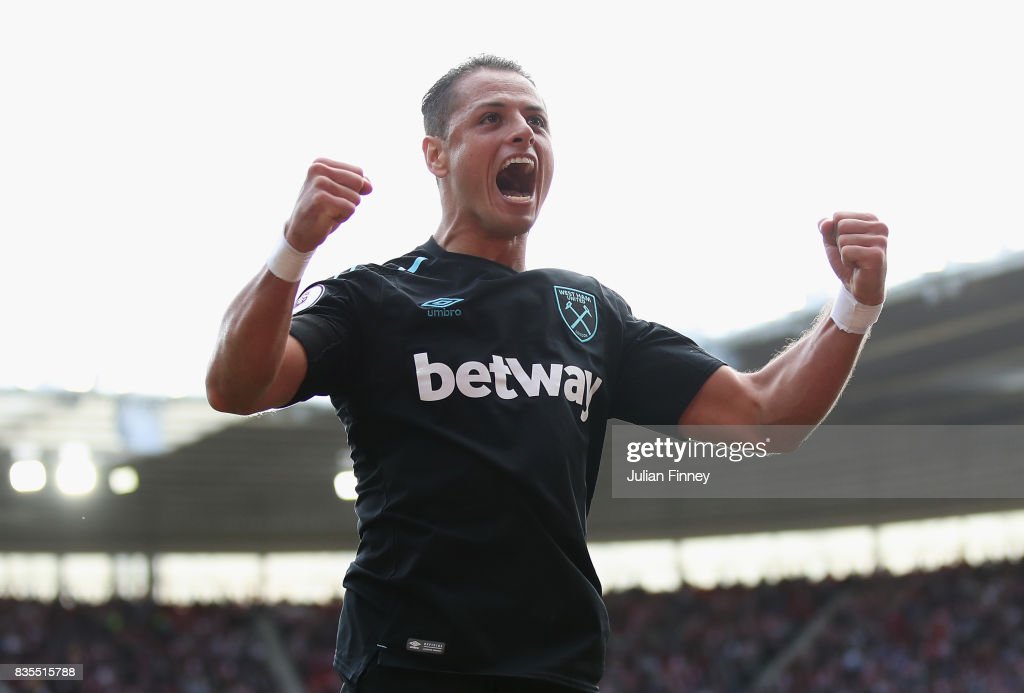 After a disappointing debut, Javier Hernandez came out with all guns blazing against Southampton. The Hammers were by in large very disappointing, but not Chicharito, who was clinical in front of goal. He buried both of the main chances he was given in the match and was a constant source of energy and enthusiasm for Slavan Bilic’s side, nearly helping them get back into the match. The signing of Hernandez looked a good one going into 2017-18 and if he can keep up the same kind of form he showed against the Saints this weekend, he might just be one of the top players to watch this season. Rating: 9.5/10. 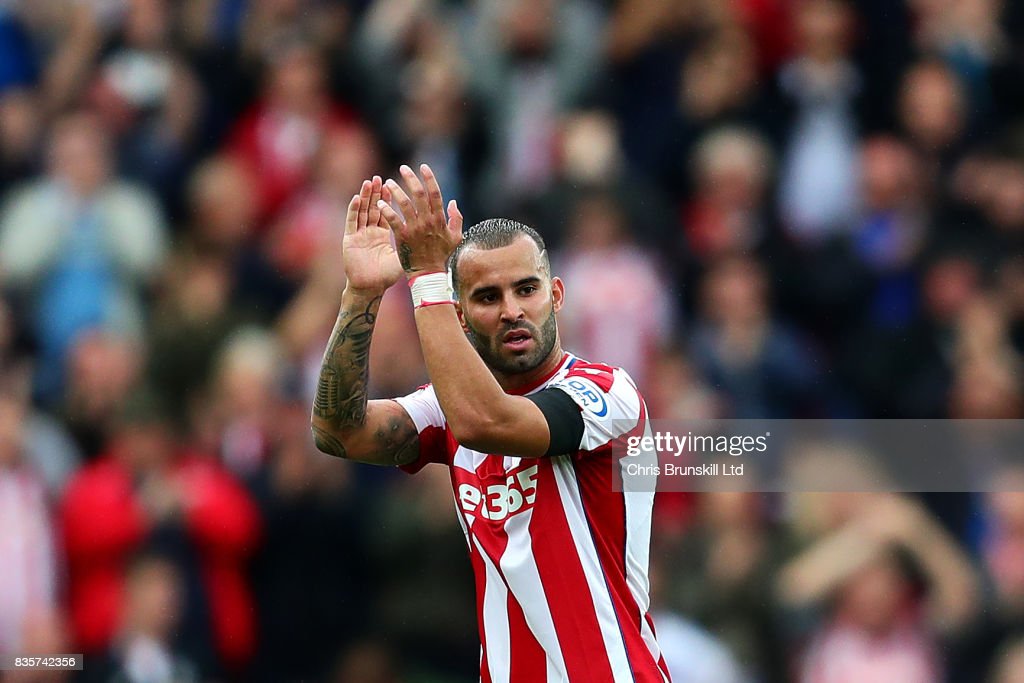 Jese Rodriguez only arrived at Stoke City a couple of days ago, but he got off to a flying start on Saturday, scoring the winning goal in the club’s 1-0 victory over Arsenal. The Gunners just didn’t know how to cope with the Spaniard as he ran circles around them, making great defenders look below average. Jese’s goal was sublime, but he also helped out in other areas of the attack by creating 3 chances and completing 3 take-on’s. Jese Rodriguez is another player that could be one of the best signings of the summer and he certainly made a case for that fact with a magnificent performance against Arsene Wenger’s team on Saturday. Rating: 8.5/10.

PLAYER OF THE WEEK: HENRIKH MKHITARYAN

There was just no stopping Henrikh Mkhitaryan against Swansea City as he led United to an impressive late showing and a 4-0 win. The Armenian just knows how to pick out the perfect pass at the exact right moment and it has now led him to achieve four assists in two games. He just looks so much more free now that he is playing in his favourite position and he really could be Manchester United’s surprise key man this year. Henrikh Mkhitaryan is this week’s Player of the Week!

Manager of the Week: David Wagner 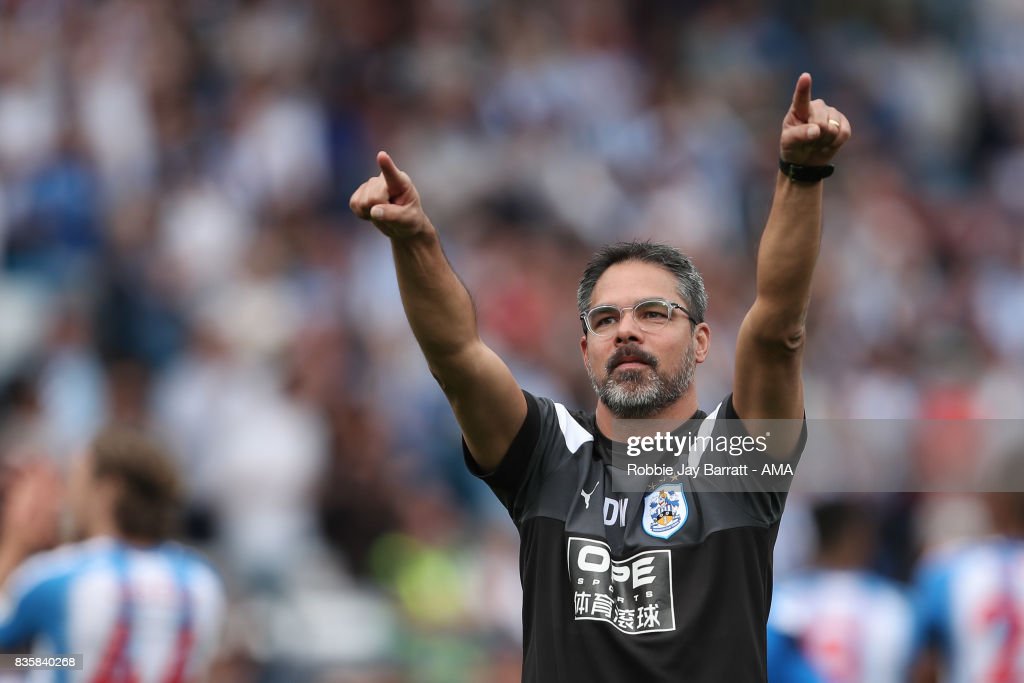 Clubs like Liverpool and Southampton have perfected the German tactic called Gegen-pressen in the Premier League and now Huddersfield Town are beginning to follow in their footsteps. To make it work, every single player plays very narrow and pressures the ball the second they lose it. Man-marking is one key aspect and defending from the front is another. Huddersfield Town under David Wagner this season also appear to be perfecting the Gegen-pressen tactic and it has worked so very well in both of their opening two victories. It completely shut down Newcastle United on Saturday, making the entire squad look average at best and rallying his side to a 1-0 victory. The Magpies could never find their footing during the match and with every change and substitution for both sides, that fact was only exemplified and amplified. David Wagner just has every single player working so very hard for him, believing in his philosophy and style of play and most importantly, working together on game-day to get the job done on the pitch. His side left it all out there against Newcaslte and that is why David Wagner is The Mastermind’s Manager of the Week!

So there it is! The Premier League’s Team of the Week for the second round of fixtures of the brand new 2017-18 season. Like what you read? Click the follow button or check The Mastermind out on Twitter. Make sure to be back in one week’s time for another edition of Team of the Week and also make sure to check out all of our Team Guides. See you soon!