The Mastermind brings you an exclusive guide to every single Premier League team going into the highly anticipated 2017-18 season. From lineups, to transfers to the wackiest of predictions, The Mastermind has you covered. Here is your guide to the Premier League’s latest yo-yo club, Newcastle United, who begin another spell in the top flight that they will be hoping lasts longer than the last one. 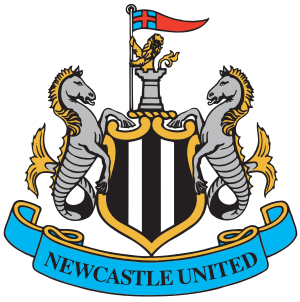 Newcastle did what everyone expected them to do last season in bouncing straight back up to the Premier League. They were the Championship’s most consistent performers and after a late surge at the end of the season, surpassed Brighton to win the title with 94 points! Now that they are back in the big time there should be a sense of optimism around the club. They do after all have one of the world’s most famous managers in Rafael Benitez and a solid club of experienced Premier League individuals. However, you get the feeling that sort of optimism just hasn’t arrived. The club look very much the same as they did the last time they were relegated and truth be told, not an awful lot has changed. The club haven’t made any new signings in this summer transfer window other than securing previously loaned players on permanent deals and they still don’t have enough Premier League quality across every single position. As a result this may be a very long and hard season for Benitez’s men and they may fall victim to relegation once again despite their heroics of last season.

Newcastle United’s XI this season should look identical to the one that won them the 2016-17 Championship title. Why? Because Benitez and the club haven’t spent a dime on any new players that look likely enough to break into the starting 11. Dwight Gayle will likely be the preferred choice to the more robust, aggressive Aleksandar Mitrovic up top while Ayoze Perez, Christian Atsu and Matt Ritchie will certainly remain the three in behind. Former Arsenal midfielder Isaac Hayden is likely to continue his partnership in central midfield with pass master Jonjo Shelvey and the back four should remain unchanged despite a few recent additions from Spain’s La Liga. Florian Lejeune and Javier Manquillo will both be good back-up options in defense while experienced PL players like Jack Colback and Mohamed Diame should perhaps be given more of a chance than they are going to get. Karl Darlow is also likely to remain in goal after a stellar first season at the club in 2016-17.

If he can keep his head and not do anything stupid, Jonjo Shelvey does have the ability to be a special player in this league. He is far too inconsistent and incomplete to ever be a star in this league, but he does have the ability to be Newcastle’s star man and potentially help them steer clear of the danger zone. The vice-captain needs to step more into the leadership role this season as Lascalles can’t possibly do it all on his own and if Newcastle are going to survive, he needs to be able to dominate matches more often than not. He’s got great ability with his feet and an eye for a pass like few others, and if he can just play to his full potential on a regular enough basis, Shelvey could be the type of player that could help to save Newcastle United from going down this season.

Newcastle United have not done enough in this summer off-season to try and make a claim to survive this season. They have made three major signings, none of which are anything special to be perfectly honest and none of which have what it takes to make the difference for the club. The Magpies have managed to secure Christian Atsu on a permanent basis from Chelsea after he scored 5 goals in 32 matches last season while solid defender Florian Lejeune has arrived after one season with Eibar in La Liga. Javier Manquillo failed to make an impact at Liverpool, Atletico Madrid and most recently Sunderland but Benitez thought that he would still be a good player to sign while Mikel Merino has joined on loan from Borussia Dortmund despite only making 8 appearances for the club.

Going the other way the club have solid capable players in Florian Thauvin, who rejoins Marseille, and the versatile Vurnon Anita who leaves for Leeds United. Goalkeeper Matz Sels also leaves the club on loan for Anderlecht after failing to make an impression in his first season at the club.

The troubling thing for Newcastle United going into the 2017-18 season is that they haven’t really improved from where they were the last time they were relegated from the league. Benitez did excellently well last season at bringing Championship quality players into the club, players who knew the league very well, and that was massive in helping the Magpies win the league. But the Premier League is different and the problem for Newcastle is that they just don’t have enough of those players that know what it takes to win in this league and can actually make it happen. This is why selling players like Moussa Sissoko, Tim Krul or Georginio Wijnaldum were all bad decisions. These are players that would have practically guaranteed they would have stayed safe this season that are no longer at the club. There top scorer of last season, Dwight Gayle, will be lucky to even score more than 8 goals this season as he simply just doesn’t have what it takes to make it at this level. Newcastle don’t have what it takes to make it through a thirty-eight game season and survive with the current squad that they have and if they are going to have any shot at beating relegation this season, they are going to have to delve into the transfer market as soon as they can.